Donegal and the Rosses mourning the death of Mickey Bonner (Forker) 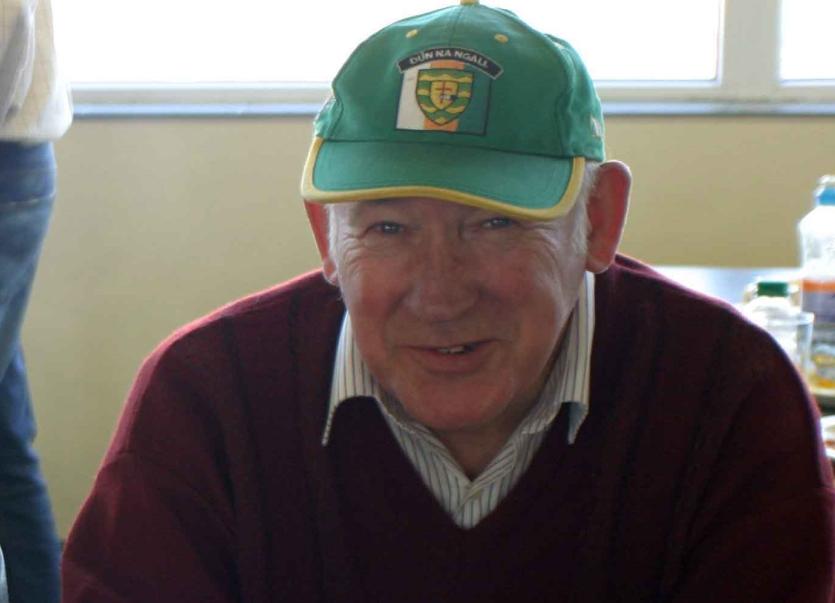 Mickey Bonner, or Mickey Forker as he was better known, from Glenahilt in Burtonport died in Dungloe District Hospital on Bank Holiday Monday morning. He had been ill for some time.

He was 78 and due to turn 79 in August and was well known within Donegal GAA circles and in Killybegs among the  fishing industry community. He was an avid Donegal supporter and never missed a Donegal match no matter what part of the country it was played.

His neighbour and family friend Tony Boyle was his sporting hero and it was fitting that Tony, accompanied by current Donegal star and captain Michael Murphy, visited him recently in hospital. The visit highlighted the esteem in which he was held by the Donegal footballers. He also played football for Dungloe in his younger days and was a keen follower of the club’s senior team.

Mr Bonner was an all round GAA follower and though he grew up in a football stronghold he loved the game of hurling every bit as much as he loved football. He never missed an All-Ireland football or hurling final.

One of the greats boasts was that he saw the great Kilkenny star Henry Shefflin win every one of his record-breaking ten All-Ireland senior medals.

He was also well known in Killybegs and in particular in fishing circles from his involvement in the fishing industry.

He is survived by his wife Annamay and brothers John and Paddy and nephew and nieces and a wide circle of family and friends. He was deceased by his brother Danny (Big D) who died two years ago.

His remains are being waked at his home in Glenahilt. Funeral Mass is on Thursday at 11am in St Columba’s Church, Acres and he will be laid to rest afterwards in Belcruit Cemetery.