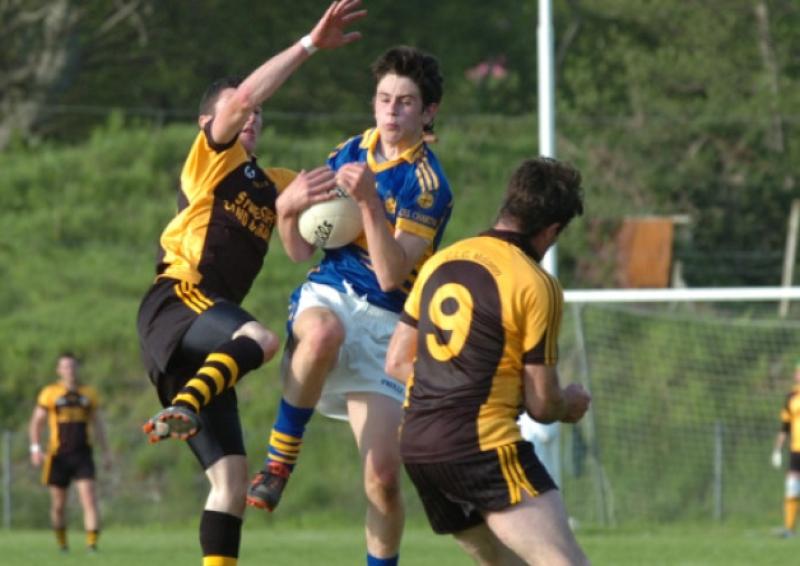 Malin suffered a heavy defeat in their opening fixture at home in Connolly Park against a good Kilcar side with Ryan McHugh and Patrick McBrearty the stars of the show.

Malin suffered a heavy defeat in their opening fixture at home in Connolly Park against a good Kilcar side with Ryan McHugh and Patrick McBrearty the stars of the show.

McHugh continued the impressive form he showed for Donegal with a goal and five, while McBrearty kicked five points.

Declan Lafferty, the Malin goalkeeper, managed to keep out two goal efforts in the first five minutes, a scramble ensued after McBrearty’s shot and then again from Mark Sweeney.

At this stage Malin’s attacks were coming to nothing and Kilcar ran straight back at them at pace.

Eoin McHugh, who had a good first half, ran at the defence after a poor kick-out and was brought down to give Ryan McHugh an easy free.

Malin got on the score sheet with 10 minutes left in the first half through a free from the ever reliable Anthony Kelly. This brought Malin to life and the speedy Steven McLaughlin passed the ball from the right corner forward position to the edge of the square and Dan McDaid’s powerful run ended up with a shot going over the bar.

Stephen McLaughlin ran at the Kilcar defence and made no mistake shooting low past Campbell in the Kilcar goal. The comeback was short lived as Kilcar responded with a goal of their own when McBrearty fed Ryan McHugh and he dispatched his effort low into the right of the goal to give Lafferty no chance.

Ashley Carr completed the rout with a hat-trick of points, two good scores from play and a free.