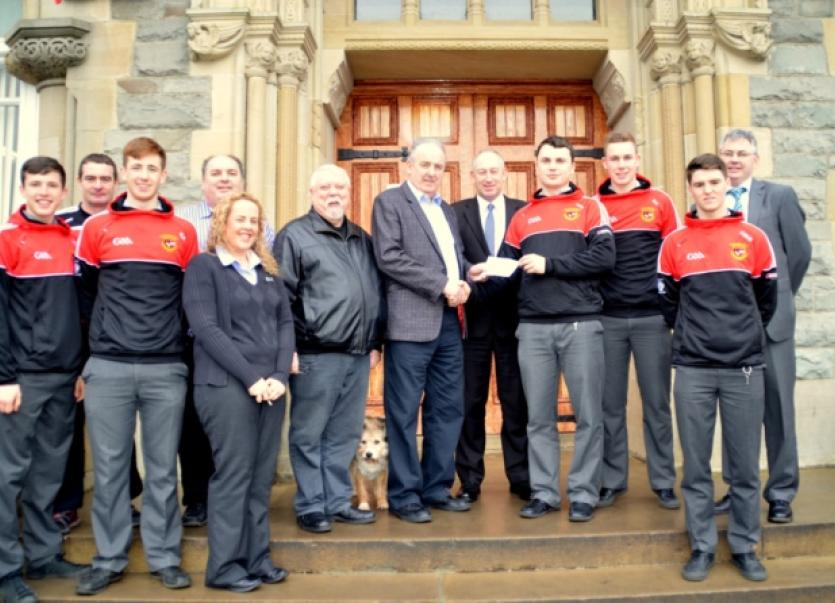 Both teams enjoyed their celebrations in the last week with the Letterkenny side defeating Coláiste Inis Eoghain 1-7 to 1-5 in Monday’s MacLarnon Cup final, while Coláiste na Carriage lifted the Markey Cup with a 3-8 to 1-0 win over Virginia College last Thursday.

There was representation from both schools watching their opponents.

“St Eunan’s were very well set up,” says Coláiste na Carriage manager Noel Ward, who was an interested spectator at the Athletic Grounds.

“They were caught for an early goal by Darach O’Connor and early on it looked like it would be more open.

“But they defended well and in Conor O’Donnell at centre-back have a player that can dictate their attacks.

“They are very well organised, forced some good turnovers and tackle very well - strongly and fair.”

Coláiste na Carriage will be without the immense presence of Stephen McBrearty, who continues his rehabilitation from a cruciate injury. He’s still a month or so away from making a comeback according to his manager.

Thursday’s win was Coláiste na Carriage’s first in the Markey Cup since 1986 and the winning panel were given a Garda escort from Killybegs as bonfires dotted the roadside.

“It was a great way to go in home,” Ward adds. “The school gymnasium was almost full with well-wishers.”

“Carrick have a few very good players and they play a good brand of football,” he said.

“Last year, Cookstown won the Ulster Vocational Schools and ended up in an All-Ireland final at that level.

“For us this week, it’s a matter of getting the feet back on the ground and we’ve a few bumps and bruises that we’d like to have cleared up by Saturday.”

Gordon saw midfielder Daniel Clarke come through after a recent ankle strain, while Daire McDaid - scorer of a 58th minute penalty to seal the win - showed no ill-effects from a recent quad injury.

Michael Miller and Conal O’Boyle both suffered head injuries, although the latter finished out the match. Sean Hume has been suffering with a groin strain.

Saturday’s fixture was said to be set for Ardara and then Ballybofey but both managers are content with Fr Tierney Park in Ballyshannon.

It’s the first time that the MacLarnon and Markey Cup winners face one another for a place in the All-Ireland semi-finals and a fixture of interest for football followers in the county.

“It’s a novel pairing and as important a match as our final,” Gordon says. “Donegal schools have performed so well this year and it’s good to have two teams competing at this level on Saturday.”