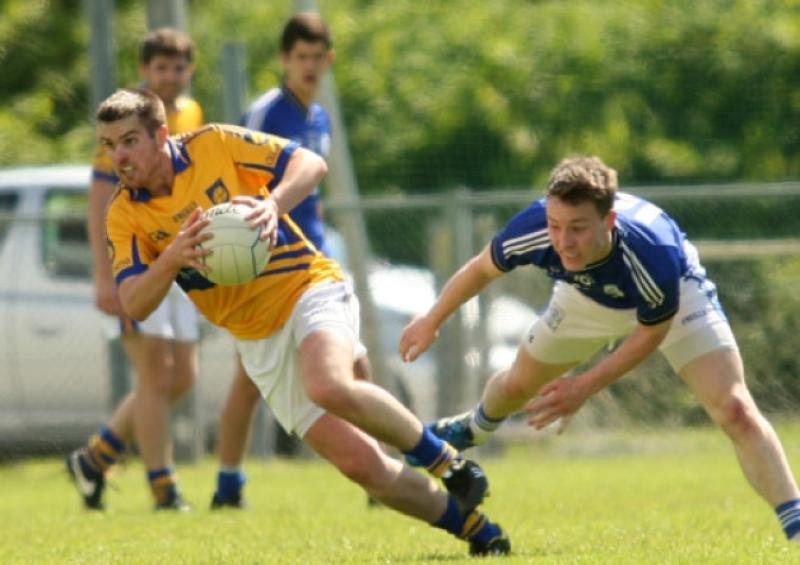 It was a good weekend for Kilcar as they recorded their second victory in Davy Brennan Park to go top of the Division One table.

It was a good weekend for Kilcar as they recorded their second victory in Davy Brennan Park to go top of the Division One table.

Brendan McDyer had the opening point of the game before Ciaran McGinley replied on four minutes. Stephen McBrearty and Dermot Molloy (free) traded scores before Molloy put Naomh Conaill in front on 13 minutes.

It was then that Kilcar took a grip with an Ashley Carr goal which left them ahead by 1-5 to 0-4 at the break.

Conor Doherty and Anthony Thompson traded early second half points while Stephen McBrearty and Leon Thompson did likewise. Kilcar lost Ciaran McGinley to a black card but they added points through Ashley Carr and Patrick McBrearty to move 1-9 to 0-6 ahead by the 43rd minute.

Leon Thompson and Brendan McDyer registered points while Patrick McBrearty replied with a free and Mark Sweeney pointed from play in the 49th minute.

A Brendan McDyer point was nullified by Stephen McBrearty’s third and fourth point of the contest by the 55th minute, while Patrick McBrearty completed the scoring in the final minute.