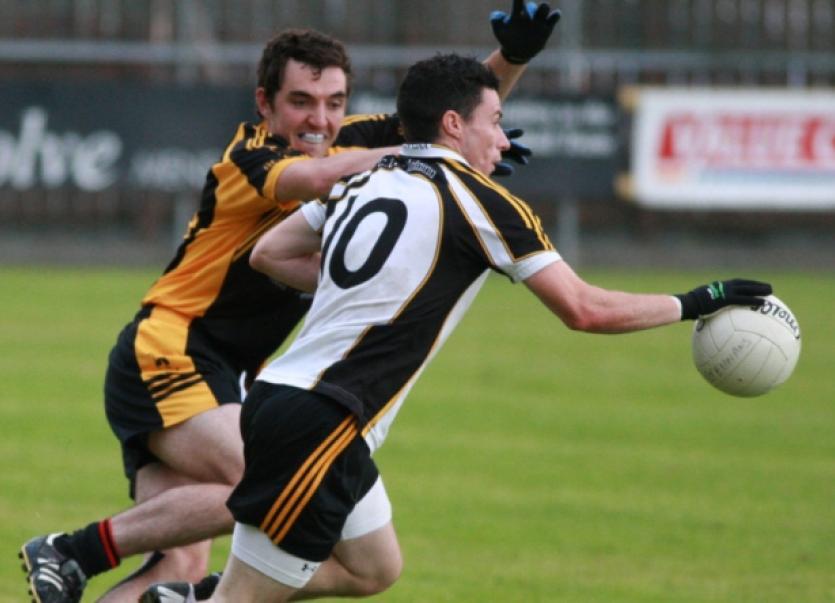 St Eunan’s and Malin will cross swords in the RTÉ Raidió na Gaeltachta SFC and Saturday’s All-County Football League Division One win will give Terence Colhoun’s side a timely confidence boost.

St Eunan’s and Malin will cross swords in the RTÉ Raidió na Gaeltachta SFC and Saturday’s All-County Football League Division One win will give Terence Colhoun’s side a timely confidence boost.

Malin dumped St Eunan’s from the championship last season with a 3-12 to 2-7 win and the pair join Naomh Conaill and Naomh Muire in this year’s competition.

Having trailed by five points at one stage during a tepid first half, Malin were certainly deserving of John Gerard McLaughlin’s goal that put them ahead on 55 minutes.

Maxi Curran’s team have now won just three out of their last 10 encounters.

Lee McMonagle’s fifth minute goal was the difference at half-time, with his goal seen as avoidable from the visitors’ perspective.

McMonagle got a slap on a floated centre, following a fine run by Caolan Ward. Malin had plenty back but it went past Declan Lafferty.

That put the hosts 1-1 to 0-1 up after Donnacha Gallagher’s point on 14 seconds had been cancelled out by a free from Matthew Byrne from Malin.

Rory Kavanagh and Gallagher, with a long range free, stretched the St Eunan’s cushion from three to five before another Byrne free and one from Anthony Kelly made it St Eunan’s 1-3 Malin 0-3 at the break.

Declan Walsh scored the first point of the second half – it was actually his team’s first from play – with an exquisite effort from the right flank before Byrne scored his third with a fine effort on the turn.

St Eunan’s were rapidly losing their grip on the contest but Conor O’Donnell steadied their nerves with a well-taken score – it was his team’s first in 25 minutes – to make it 1-4 to 0-5.

Stephen McLaughlin, though, then hooked over for Malin and Walsh, who stooped to slap, was denied a goal by teenage St Eunan’s goalkeeper Sean Daffan.

Malin had another goal chance when Ciaran McColgan perhaps took the wrong option when there were men either side and Conor Gibbons scored from the resultant breakaway.

Malin, two down, refused to buckle and Kelly pointed before McLaughlin goaled to put them ahead.

Patrick McGowan pulled one back before substitutes Peter Devine and Charlie Byrne saw straight red cards for a late tussle.

Malin went down the tunnel to the cheers of their supporters ringing in their ears.