Kilcar win win in some style 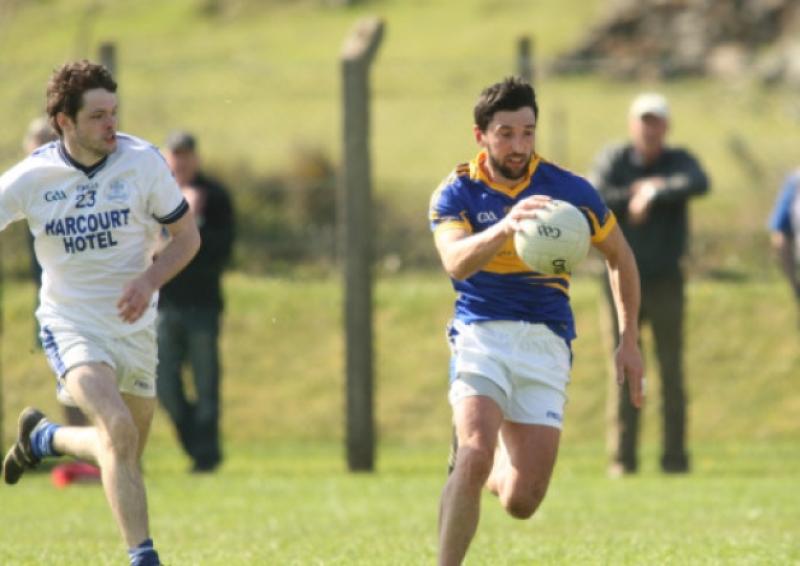 Let no one be in any doubt but that Kilcar are in good fettle after yesteday’s eight point victory over Naomh Conaill in Towney.

Let no one be in any doubt but that Kilcar are in good fettle after yesteday’s eight point victory over Naomh Conaill in Towney.

With Mark McHugh, Ryan McHugh and Patrick McBrearty back and with Michael Hegarty showing that class is permanent, the men from Towney were really humming in yesterday’s brilliant sunshine. They led by six points at half-time, having played into a strong breeze in the first half and had wrapped up the scoring and were 1-15 to 0-7 in front before A J Gallagher struck for the Naomh Conaill goal.

Naomh Conaill may have been without the inspirational Leo McLoone (with a calf injury picked up at Donegal’s training camp in Portugal), Marty Boyle, Leon Thompson and Johnny Bonner, but even taking all that into account, Kilcar were at a different level.

Playing with numbers behind the ball and breaking at great pace they hit for home in a purple patch before half-time. They also had the luxury of having Patrick McBrearty as a target man on the edge of Naomh Conall goalmouth. McBrearty, without being at his brilliant best, scored 1-5 of the Kilcar total, while Ryan McHugh, who turned in a top class display at centre forward, ended the game with a personal tally of 0-5 on a day his side had six different scorers.

Except for a brief period in the opening half when Anthony Thompson exerted himself for a ten minute spell they dominated the rest of the 60 plus minutes.

But all the men in blue and white had to show for their efforts from that spell was two points, one from John O’Malley and the other from Dermot ‘Brick’ Molloy. Ciaran Thompson, who was Naomh Conaill’s most threatening attacker, had kicked the game’s opening point in the first minute.

Two points from Ryan McHugh either side of a trademark McBrearty strike saw the locals assert themselves. Those strikes from O’Malley and the Brick tied up the game in the early minutes of the second quarter.

With Hegarty pulling the strings in the middle of the park and Ryan McHugh foraging far and wide Kilcar laid the foundations for the win in the closing minutes of the half. In that time they reeled off six without response to take a six point lead to the dressing room at the break.

Ashley Carr, who was in sparkling form in the corner, got the scoring spree up and running and this was followed by white flags from Ciaran McGinley, Ryan McHugh (free), Mark Sweeney, Hegarty and McBrearty.

McBrearty got the scoreboard ticking again within two minutes of the restart with Ciaran Thompson, as he did in the first half, kickingNaomh Conaill’s opening score of the second half too.

And with both sides going through a barren scoring ten minutes Brick Molloy posted the game’s next score from a 35 metre free to make it a five point game, Kilcar 0-10 to 0-5.

Ryan McHugh cranked up the scoring machine once again with two quick points followed by another McBrearty special to open up an eight point advantage with a little over an quarter and hour remaining.

Naomh Conaill’s cause was not helped when Anthony Thompson picked up the game’s first black card for something that happened off the ball. Brick Molloy reduced the margin before Ciaran Thompson received a black card for hauling Mark McHugh to the ground as he bore down on goal.

McBrearty added another point before he was released by Mark Sweeney for the goal ten minutes from the end. As the game fizzled out Jamie Gallagher and Ashley Carr traded points before A J Gallagher, on the stroke of time, got a fist to a ‘Brick Molloy’ centre for the consolation goal that added a little respectability to the margin of defeat.