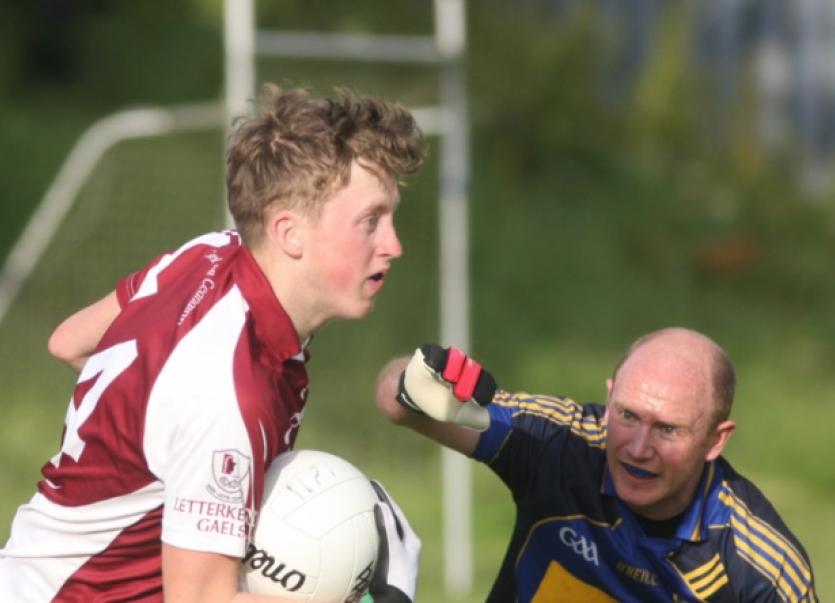 Conor McBrearty stole the show with a scintillating display as Letterkenny Gaels opened their campaign in impressive style at the Glebe on Saturday night.

Conor McBrearty stole the show with a scintillating display as Letterkenny Gaels opened their campaign in impressive style at the Glebe on Saturday night.

Amazingly, the former county minor had scored three goals when the sides met in the league last month. And it was obvious from first whistle that Muff knew where the danger lay. They doubled up on the Gaels front man with Cathal McColgan and Enda McColgan tasked with keeping him quiet.

The visitors’ ploy however, made little difference as McBrearty shrugged off those close attentions by striking for a goal and a point midway through the first half to put his team in early control.

Brendan O’Brien, who had a fine game at midfield, had given Gaels the lead on 15 minutes but Muff matched their opponents during the first half and two points from Damien Diver and a classy score from Aidan Lynch kept them in touch. However, points from Sean McDonagh and two close-in frees from McBrearty meant Gaels led 1-5 to 0-3 at the break.

Gaels lost Oisin McElhinney to a straight red four minutes after the break for a high tackle on Brendan McColgan. But the visitors had little chance to take advantage with McBrearty latching on to a Nicky McGarrigle pass to turn and fire to the net for his second goal. That left the home side 2-6 to 0-3 in front and while Muff scored points through Mark Duffy and Aidan Lynch again, they had left themselves too much to do.

Their cause wasn’t helped when two of their players picked up black cards in a second half that was littered with far too much cynical fouling and off the ball incidents. Naomh Padraig’s James Curran scored a late penalty following a foul on Ultan Doherty but fittingly, it was McBrearty who had the final say when he finished off a brilliant Gaels move with another cracking goal.