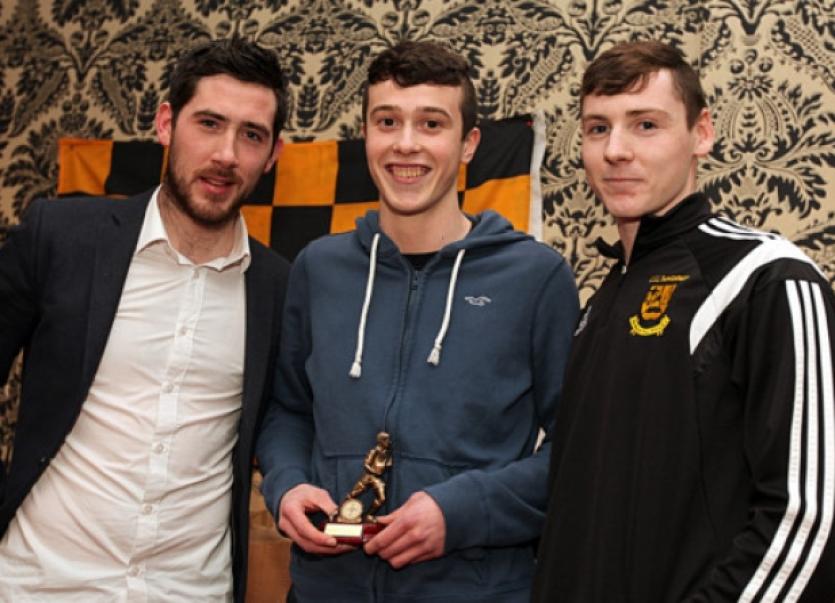 Special guest was Donegal player Mark McHugh while local man Jamie Brennan came in for special praise for being a starring member of the Donegal minor team who reached the All-Ireland final last year, scoring a memorable goal in the final against Kerry.

MC for the evening was chairman of Bord na nOg, Michael McMahon, who thanked everyone who made a contribution to the club over the year. Nobody was left out. With his recent run of luck, Peter McIntyre, must have felt disappointed that he was only mentioned once!

Addressing the large gathering after the presentations, Mark McHugh, thanked the club for the invitation and congratulated all the winners of Player of the Year awards.

“It is great to get player of the year awards but it is important to remember your teammates who helped you get those awards,” said McHugh, who urged the young players to listen to their coaches.

He had a special mention for Jamie Brennan and his achievements at county level in 2014.

U-10 Boys Player of the Year Kyle McNulty

Boys U-14 Player of the Year Aaron Keaney

Boys U-18 Player of the Year Shane Carr