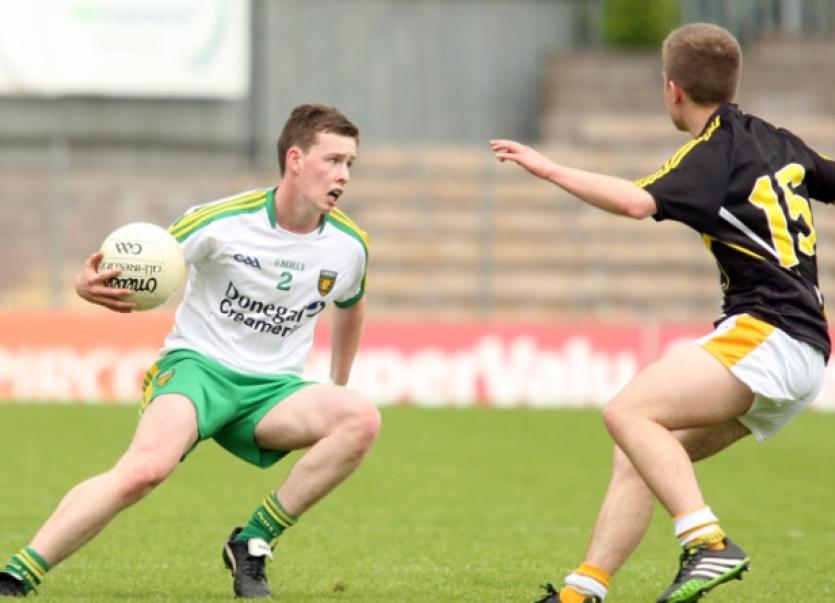 Donegal minor manager Declan Bonner is happy enough with the decision of Donegal regional board officials on the minor club championship.

Donegal minor manager Declan Bonner is happy enough with the decision of Donegal regional board officials on the minor club championship.

This, despite the fact that the Northern Regional Board have decided to go ahead with the playing of the Northern Minor Championship. The manager had made an appeal to both the Northern and Southern boards for all games in the minor championship to be postponed until after the Ulster minor final on July 20th.

Bonner made the appeal in the immediate aftermath of last Sunday’s 2-19 to 1-10 semi-final victory over Antrim in Clones.

Both regional boards were due to begin their championships last night. However, the Southern Board have decided to postpone theirs while the Northern board have decided to go ahead with theirs and play two rounds over the next couple of weeks, beginning on Monday night next.

“It means we have a clean run at training between now and the final,” added Bonner, who had his squad back training for the first time on Tuesday since their second half demolition of Antrim.

“We had a good session last night and with the exams over it was the first night we had the full squad together and it is heads down now over the next few weeks in the build up to the final.”

“Gavin is undergoing treatment and we expect to have him for the final. In the case of Niall, he is to have a scan on a knee injury tomorrow (Thursday), but we don’t think it is anything too serious and we are also hopeful of having him for the final.”

Donegal will face either Armagh or Monaghan in the final. They meet this Saturday, in Clones, in the second semi-final.

The Donegal boss is heading to St Tiernach’s Park, on Saturday evening to run the rule over his final opponents.