Read the Reid - a promising start for Donegal against Derry 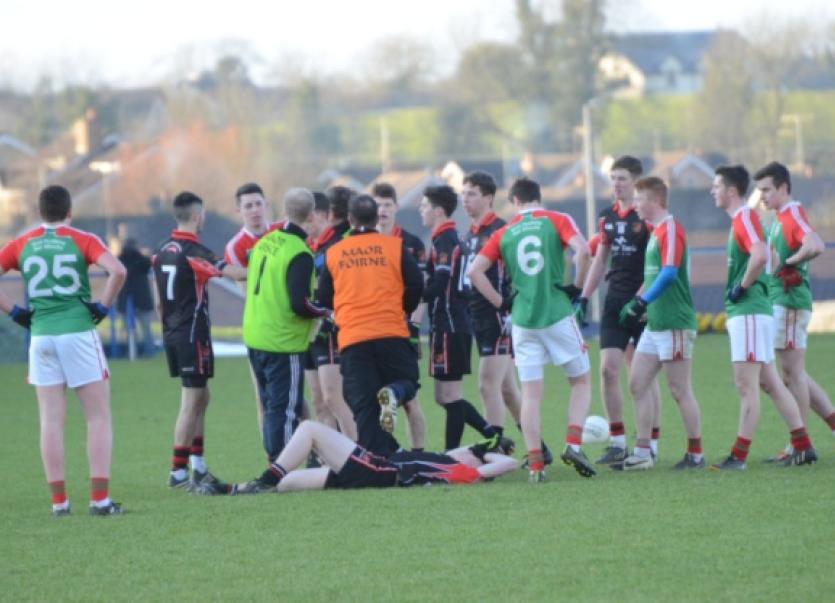 Donegal made a promising start to their National Football League campaign in Ballybofey last Saturday evening with a solid victory over neighbours Derry.

Donegal made a promising start to their National Football League campaign in Ballybofey last Saturday evening with a solid victory over neighbours Derry.

After struggling to get to grips with Derry in the first half Donegal totally swamped their opponents in the second period. The man who made the difference was St.Michael’s Martin McElhinney. He was introduced at the break to partner Neil Gallagher at midfield. Michael Murphy was pushed into his most effective position as an out and out full forward. The change in our overall performance was dramatic.

McElhinney scored immediately after the break which set the revival in motion for a re-energised Donegal team. Patrick McBrearty had a great game throughout as did Christy Toye. Marty O’Reilly availed of the opportunity to impress new manager Rory Gallagher with a lively performance.

Michael Murphy imposed himself to great effect when moved into his natural position in front of the posts. The Derry defence simply could not handle him. A brilliantly manufactured move by Donegal which resulted in a fantastic goal from the sweet left foot of Gweedore man Odhran McNiallais turned this game right on its head. After this score Donegal only moved from strength to strength.

Rory Gallagher may have been concerned at half-time about the fitness of his team since the players have only been training for a month. Donegal finished the stronger team which augurs well in this respect. I thought that some players did struggle with the pace of the game but they will come good as the league progresses.

For Rory Gallagher, this was a particularly pleasing result since this was his first serious competitive game as new Donegal manager. A crowd of over 4,000 was in Ballybofey, the majority of which were there to lend their support for Gallagher and his team. The pressure has eased now somewhat with this victory. Donegal will take on Dublin in Croke Park this Saturday evening with a great amount of confidence.

With absentees and omissions from last year’s squad there are plenty of positions up for grabs. Different managers hold different opinions on players. Rory Gallagher is no different. The likes of McElhinney, O’Reilly, Daniel McLaughlin, Gary McFadden and to a lesser extent McBrearty have a great opportunity to step up to the plate under the new manager. Their abilities are not in question. Time is on their side but for them the time is now.

Patrick McBrearty is a class act in his own right and I believe McBreaty will be a permanent fixture under Rory Gallagher. Patrick is still a young lad but is a year older and a year wiser. Don’t forget Davy Walsh or Colm McFadden either. They may be in the twilight of their careers but have still much to offer Donegal. I’m sure neither men has committed to Donegal to keep the bench warm.

If a player is in a squad simply to make up numbers then he should not be there. Every player must put himself in a position where he is pushing for a starting place in the team. Nine of the starting 2014 All-Ireland team were included in the team last Saturday evening. Neil McGee, who missed this game, will always command a starting place in the team. Throughout any given seasons, players are going to get injured. Some short term and some long term. Other players lose form. This is why a successful inter-county team need strength in depth.

I was disappointed to learn that Dermot ‘Brick’ Molloy has decided to depart the scene. I thought that a new manager would signal a new era for Dermot. ‘Brick’ has decided to focus on club football in order to regain his hunger for the county scene. As well as being a great footballer, Dermot ‘Brick’ Molloy is a character and a gentleman. We had some great laughs together on the team bus for three years especially when he and Leo McLoone took the microphone and mimicked all and sundry, especially me! For the time being both lads are missing from the panel. Let’s hope that they have a change of heart and return to the inter-county game in the near future.

For those Donegal players who are there, Dublin is next on the list. I watched their game on television last Sunday when they were narrowly beaten by Cork in Cork. It was difficult to know what to make of them. Maybe they were homesick because they rarely leave Dublin to play their games. They took their defeat to Donegal in the All-Ireland semi-final last summer badly. Some of the Dublin players have been lamenting their failure since. Get over it. They have a great chance to get some redemption on Saturday evening. They were supposedly unbeatable. I feel that they are still suffering from this hangover. With Donegal winning and Dublin losing their first National League games respectively I feel that we have a great opportunity to win this game.