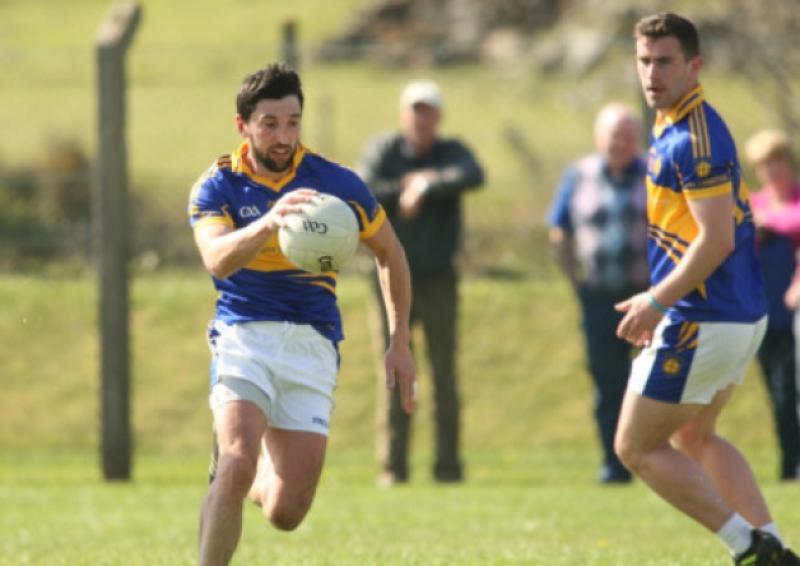 They will face another Galway side, Micheal Breathanach, in this afternoon’s final and after last night comfortable semi-final victory they will enter today’s decider as the hot favourites.

The Donegal champions set their stall out from very early and led by nine points at half-time, 1-7 to 0-1, having played into a stiff breeze and enjoyed the most of the possession stakes.

It was a good return to action for Co. minor Conor Doherty and he showed that he has recovered from recent minor knee surgery and will be pushing for a place for the Ulster Minor Championshp semi-final againstAntrim

With Michael Hegarty and Ciaran McGinley pulling the strings around midfield and Mark McHugh mopping up along the half back line Kilcar continued to dominate and McGinley (2), Ashley Carr and Mark Sweeney (2) saw the Donegal champions pull 1-6 to 0-0 clear by the 19th minute. Indeed but for some wayward shooting they could have been further ahead before Brian Flaherty opened Moycullen’s account on 20 minutes.

The locals did enjoy a little more possession in the closing ten minutes of the opening half but their finish let them down and Ryan McHugh brought the curtain down on the first half scoring to send his side in nine up and in the driving seat at the half-time interval.

Any remote hope of a Moycullen revival were well and truly dashed two minutes into the second half when Eoin McHugh first timed goal number two when Ashley Carr’s initial strike on goal was blocked by a Moycullen defender.

While Moycullen did respond with three quick points, Kilcar had stretched their advantage out to 11 points before Peadar O’Cuig scored Moycullen’s goal with a little over 15 minutes remaining.

And as the game fizzled out Ciaran McGinley, Mark McHugh, Conor Doherty and David McShane added late points for a comfortable victory for the Donegal champions.

Kilcar lined out without Donegal senior star, Patrick McBrearty, who is nursing a leg injury. McBrearty acted as Maor Uisce for the game.They were also without Aodhan McGinley, Andrew McClearn and Stephen McBrearty because of Leaving Cert.