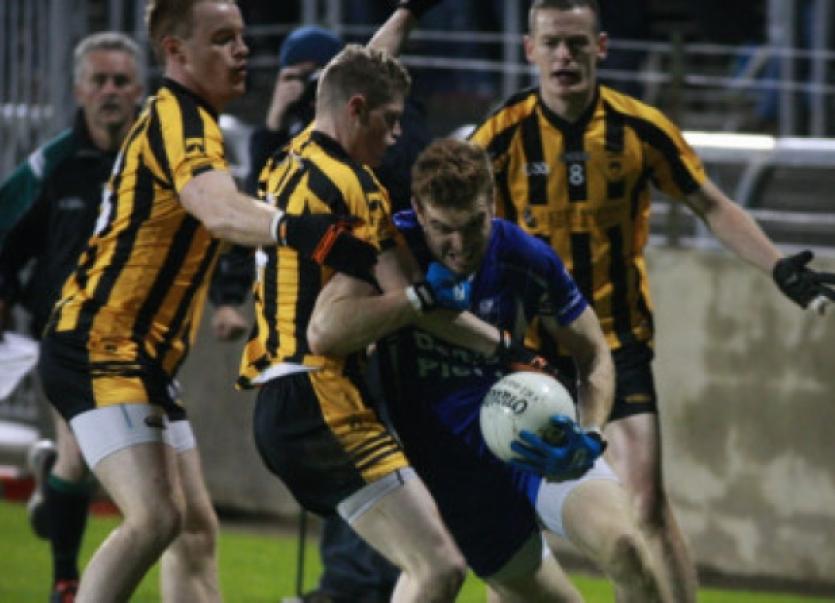 A contest that promised much delivered little as a spectacle as St Eunan’s mowed down the challenge of a limp Four Masters on Saturday.

A contest that promised much delivered little as a spectacle as St Eunan’s mowed down the challenge of a limp Four Masters on Saturday.

Maxi Curran’s side played only in third gear throughout but that was more than enough against the Donegal Town side who simply didn’t turn up.

Curran has blended a youthful element into the O’Donnell Park outfit, although there’s still a solid framework from the team who took St Eunan’s to four out of the last seven Dr Maguire triumphs.

In 2010, it was Four Masters who put an end to whatever notions the team, then managed by Charlie Mulgrew, had of four-in-a-row.

Chances of a repeat were squeezed out pretty fast on Saturday in MacCumhaill Park. On 14 minutes, Rory Kavanagh’s raking ball into the Four Masters square wasn’t dealt with and when Darragh Mulgew and John Haran picked up the pieces, it was Rory Carr who shot beneath Paul Durcan for first goal of the evening.

Conor Gibbons knocked over four first half points for the team managed by Curran, who had amassed 1-6 without reply prior to Four Masters finally getting out of the blocks when Michael Doherty knocked two frees over in first half injury time.

An unsavoury brawl broke out right on the whistle and after the break, with both sets of players having simmered down, it was Four Masters’ Karl Lacey and Mulgrew from St Eunan’s who were yellow carded by referee Connie Doherty.

There could have been more names in the book.

The pattern of the first period spilled into the second and St Eunan’s, in third gear, kept things ticking over. Kavanagh, Conall Dunne, Kevin Rafferty and Donnacha Gallagher rubber-stamped the victory.

St Eunan’s chugged along at a healthy rate without over-exerting themselves to progress.

Four Masters, who promised so much in winning their first round group undefeated, took 49 minutes to score from play and Doherty registered all but one of their scant total.

Emelyn Hughes’ team have certainly shown more offensive capabilities this season, however, they abandoned them when it mattered most.

Mulgrew, when Dunne provided the pass, palmed home a second goal in the last minute when he beat Durcan to the ball.