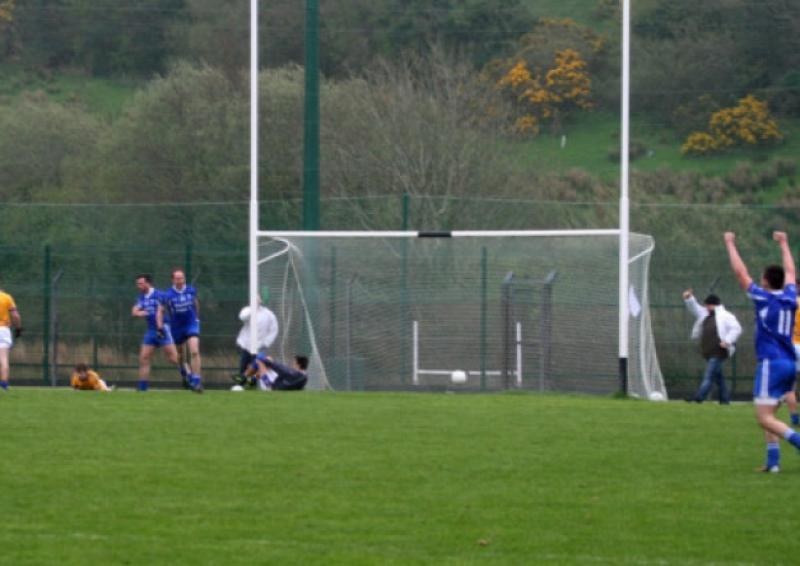 Four Masters picked up two valuable league points in what was a hard fought encounter with Kilcar in Tirconnaill Park.

Four Masters picked up two valuable league points in what was a hard fought encounter with Kilcar in Tirconnaill Park.

Kilcar were first on the scoreboard after three minutes with a fine point from Michael Hegarty with Dillon Ward responding almost immediately for the locals. Ward and Aodhan McGinley traded points before Pauric Carr edged the visitors ahead on ten minutes.

But with Ward in form it was all square again three minutes later. Four Masters went one up through Peadar Espey. But once again Kilcar responded and Andrew McClean split the Masters posts to send the sides in level 0-4 each at half-time.

Kilcar missed a glorious opportunity early in the second half when Aodhan McGinley pointed from the penalty. Peadar Espey converted from a free shortly afterwards and the sides were level once more.

The game swung Kilcar’s way when Matthew McClean hit the Masters net in the middle of the second half. But Masters responded with points from Espey and Ward before Benny Byrne pounced for the Masters’ goal to clinch the points and the first win of the campaign for the Masters.