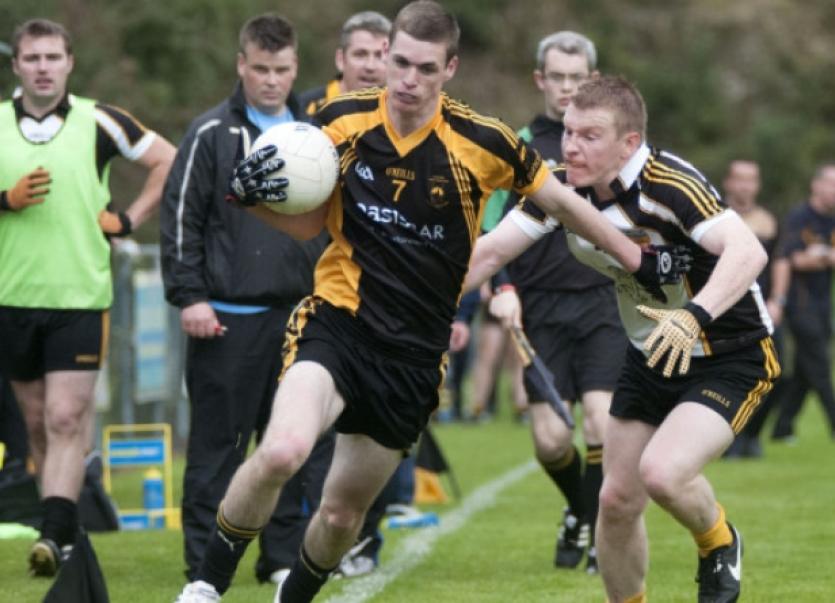 A blistering 1-10 without reply in the middle third was where St Eunan’s pushed on the pedals to leave Malin in their wake in Sunday’s RTÉ Raidió na Gaeltachta SFC Group 1 opener at Connolly Park.

A blistering 1-10 without reply in the middle third was where St Eunan’s pushed on the pedals to leave Malin in their wake in Sunday’s RTÉ Raidió na Gaeltachta SFC Group 1 opener at Connolly Park.

The Letterkenny side were famously dumped from the championship last year by the team managed by Terence Colhoun at the last eight stage in Buncrana.

And yesterday the omens looked good early on for the hosts when they knocked home two goals in the first 21 minutes.

Brendan McLaughlin chased down a loose ball and fired the first of those past John Paul Clarke on 13 minutes before a second came from a move that started in defence.

Damien Harkin made a brave block at Conall Dunne’s feet before Malin moved the ball forward at pace with Paul McLaughlin driving a shot into the bottom corner of Sean Daffan, who replaced the injured Clarke on 16 minutes.

At that stage it looked as though the gods were contriving against Maxi Curran’s St Eunan’s, who also lost the experienced John Haran in the second minute to a black card for blocking off.

Rory Carr was Haran’s replacement and Rory Kavanagh, in the reshuffle, played a more advanced role.

The switch worked, as did Curran’s placement of Conor Morisson and Darragh Mulgrew on Malin’s speedy wing-forwards.

Dunne’s four first half points helped St Eunan’s find their position on the map once again and with the wind in their sails, they continued to press on.

Kavanagh, Carr, Dunne and Donnacha Gallagher were all on the scoresheet as St Eunan’s rifled over the last four points of the half to go in level 0-8 to 2-2 at half-time.

St Eunan’s defenders maintained their position in the second half as to prevent Malin some corridors of opportunity, while they continued to dominate at centre-field.

They popped over another six points in succession before Kavanagh slapped in a raking ball from Conor Parke on 45 minutes for a well executed goal that saw St Eunan’s move into a 1-14 to 2-2 lead.

Mark McGowan, who has come out of retirement following a senious hip injury, made a second half appearance.

Matthew Byrne, who scored all six of Malin’s points, did add four late frees - including a wonderful effort from the sideline - but St Eunan’s posted a sign of their early intent ahead of next weekend’s visit of Naomh Muire.

Malin must travel to Naomh Conaill in Glenties to keep themselves in with a shout.