McBreartys point the way for Kilcar 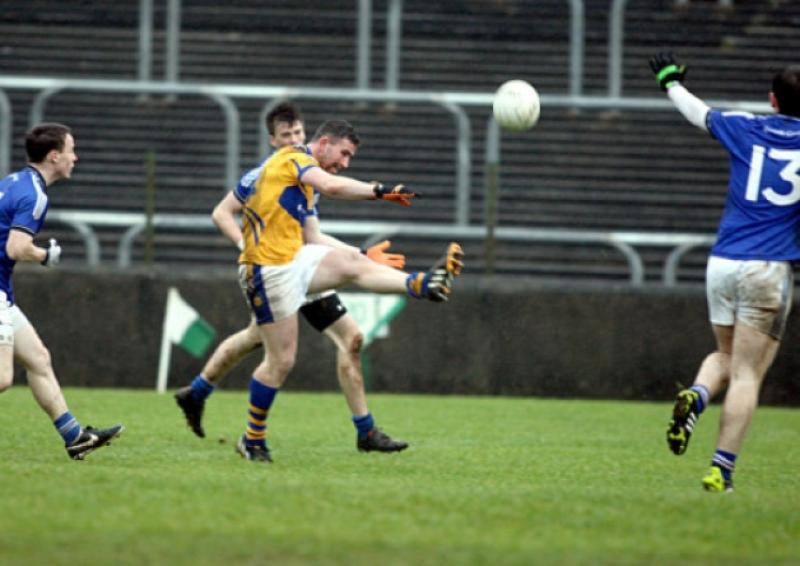 A top class display of point taking by the McBrearty brothers lit up a dreary MacCumhaill Park as Kilcar overcame Naomh Conaill to reach the U-21 championship semi-final.

A top class display of point taking by the McBrearty brothers lit up a dreary MacCumhaill Park as Kilcar overcame Naomh Conaill to reach the U-21 championship semi-final.

Patrick hit 12 and Stephen five in a superb display by Kilcar in the defence of their title. Naomh Conaill did threaten in the second half with three John O’Malley goals but there was always a response from Kilcar and especially Patrick McBrearty, who hit 0-6 in each half.

The final response came after O’Malley finished the third Naomh Conaill goal on 49 minutes to reduce the margin to two. It was the second Naomh Conaill inside a minute with the first goal coming after Kilcar and McBrearty were denied what looked a cast iron free at the other end.

However the response was brilliant with Patrick and Stephen McBrearty hitting four points in the last ten minutes to run out convincing winners. Indeed, the margin at the end did not flatter the winners.

In awful conditions, these teams served up a very top class encounter with some great scores despite the wind and rain.

The first six points were shared with Kilcar going two points ahead inside three minutes, points from the McBreartys, Patrick and Stephen.

Patrick McBrearty combined with his brother, Stephen, to edge Kilcar in front but Naomh Conaill were level when Owen Boyle took a rebound to fire over. It was almost a Naomh Conaill goal as a high ball from Seamus Ellis was very well dealt with by Kevin Boyle in the Kilcar goal.

That was on eight minutes and after that Kilcar began to pull clear with Patrick McBrearty going in along the endline to fist them into the lead.

He added another after winning a free on the 45m line and after a harsh free against Naomh Conaill, Stephen McBrearty opened a three point gap.

The point of the half came on 20 minutes when a John O’Malley free dropped short and Kilcar worked it through Ryan and Eoin McHugh before McBrearty fired over on the turn from 45m.

Conor Doherty added another a minute later to open the gap to five before Naomh Conaill hit two points in as many minutes from John O’Malley and a Ciaran Thompson free.

A minute from the break Patrick McBrearty hit his sixth point to leave it 0-9 to 0-5 at the break.

It looked game, set and match when Kilcar hit 1-2 in the opening three minutes of the second half, a Ryan McGinley goal either side of points from Patrick McBrearty and Eoin McHugh.

Charles McGuinness and Ethan O’Donnell hit back with points but three points in four minutes from the McBreartys and Conor Doherty had the gap out to 1-14 to 0-7.

Naomh Conaill were thrown a lifeline when John O’Malley converted a penalty on 43 minutes and Charles McGuinness quickly added a point, but two points from McBrearty (one a magnificent free from under the stand) opened the gap to 1-16 to 1-8 with 49 minutes gone.

However, then came the controversial decision which saw McBrearty turned over and he got no free and Naomh Conaill went up field where Mark O’Donnell had his effort blocked but O’Malley was on hand to finish and then Ethan O’Donnell created the opening for O’Malley to fire home from close range, but that was as good as it got for Naomh Conaill.

Before the end they were reduced to 13, Ciaran Brennan getting two yellows and Eunan Doherty a straight red.

For Naomh Conaill, John O’Malley had to come outfield to help them compete but despite this he ended with 3-2; Ciaran Thompson, Charles McGuinness and Owen Boyle did their best.