Gallagher to give youth its fling in 2016 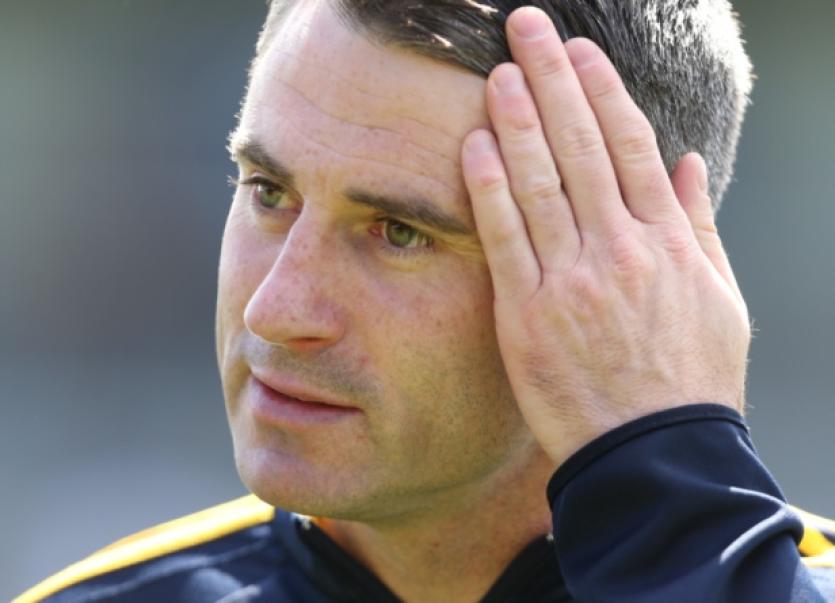 Donegal manager Rory Gallagher is going to give youth its fling next season as he goes about rebuilding a new-look Donegal.

Donegal manager Rory Gallagher is going to give youth its fling next season as he goes about rebuilding a new-look Donegal.

Speaking to the Democrat last night, the Donegal boss said it was always his intention to give youth a chance and freshen up the squad in his second year.

The former Fermanagh player was given the Donegal job for three years with an option of a fourth year at the end of that three-year term, when he was appointed last September.

“When the lads approached me last year to take on the job, they were all going to give it one more year and give the All-Ireland a right good rattle,” Gallagher said..

“We did that now and came up short after what has been a very demanding campaign.

“I haven’t spoken to any of the lads since Saturday night and I don’t know what any of the more senior lads are going to do next year.

“I know there has been a lot of speculation all week that Paul Durcan was definitely gone. But I did read today that he has not played his last game for Donegal.

“He is emigrating in the next few weeks and I hope to have a chat with him before he goes and see what his intentions are for next year.”

The former Four Masters player, who is now playing his club football in Dublin with Ballyboden, St Enda’s, was reported in yesterday’s Irish Star as having said he had not played his last game for Donegal, despite reports that he is considering a move to Dubai next year.

“I hope to speak to all the current squad individually in the next five to six weeks,” Gallagher said.

The Donegal boss worked with the county U-21 footballers alongside Maxi Curran for a couple of seasons before taking over from Jim McGuinness at the end of last year. And he also followed the fortunes of this season’s U-21 team on their run to the Ulster final.

“We had a very good minor team last year and I plan to bring a number of them into the squad,” he said.

“We have been keeping an eye on them for the last couple of seasons, both with the minors and the U-21s and I feel they are now ready to make a step up. We need fresh blood to freshen the squad up and that has always been my intention from day one.”

Over the course of this campaign, Gallagher drafted in a number of players from last year’s minor squad that reached the county’s first All-Ireland final last year.

The Donegal boss and his backroom team of Maxi Curran, Gary McDaid and Jack Cooney, will begin their search for possible new players next weekend as both the senior and intermediate championship campaigns get underway in earnest.

Bonner and Barrett go head to head for U-21 job

They are believed to be the only nominees received for the position when nominations closed on Monday evening last.

Barrett and Brian McCabe, St Naul’s, the current Donegal U-17 development team manager, are believed to be the main contenders to take over from Declan Bonner as county minor manager. Bonner’s term ended with Donegal’s shock Ulster semi-final defeat to Derry.

The nominations are due to be discussed shortly by the Donegal county executive and a process and committee is due to be put in place to interview the candidates for both positions.