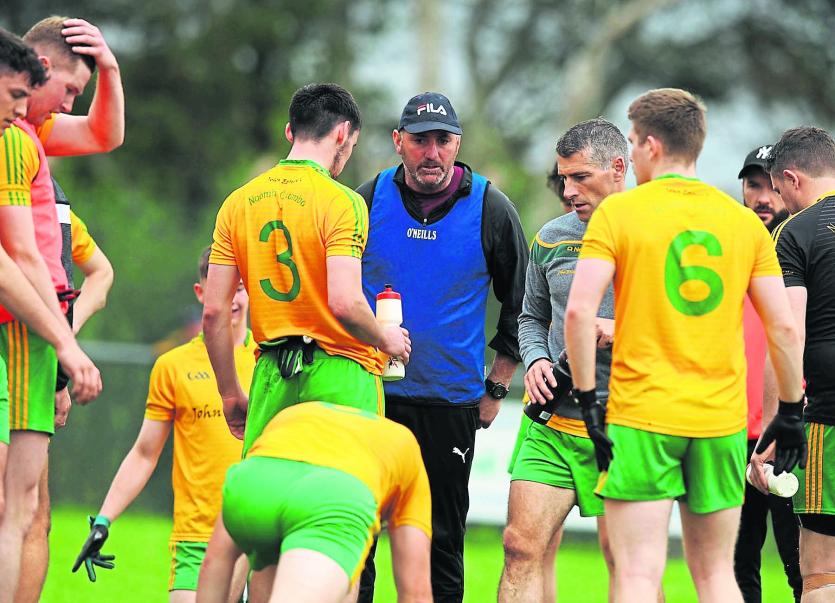 Naomh Columba got their Intermediate Championship campaign off to a winning start with a hard fought win over Burt on Saturday evening.

The Division Two side, one of the favourites for this year's crown, were made to work for their victory by a stubborn Burt team at Hibernian Park.

The Glencolmcille men looked in control in the early stages and quickly went 0-3 to 0-1 ahead.
But Burt rallied and it was tit for tat from then on and the sides hit the dressing rooms level at six points apiece.

Burt enjoyed a dominant spell for the first 15 minutes of the second half, with frees from Sean McHugh and Calvin Gallagher putting them 0-9 to 0-7 in front.

However, the Glen men stepped it up a gear in the final ten minutes, with the excellent Ryan Gillespie spearheading a spirited display that saw the visitors equalise, then pull away to win by a two point margin.