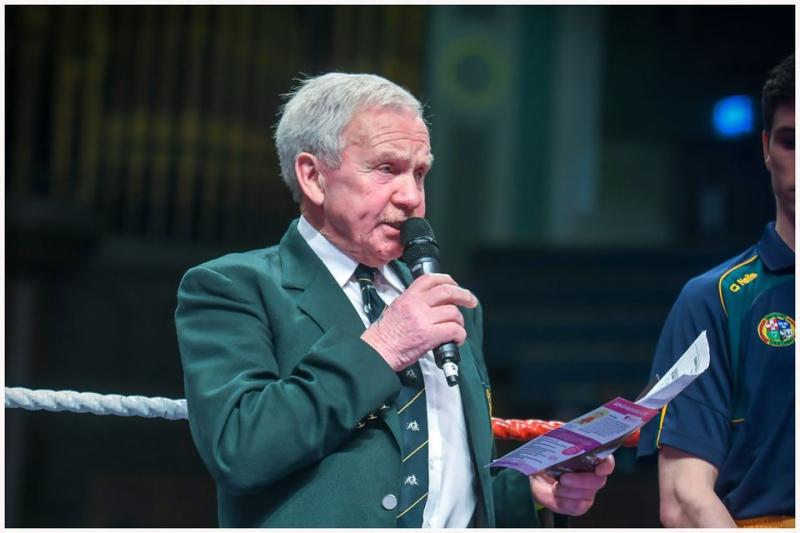 Peter O’Donnell has been selected as the manager of the Irish squad for the 2021 AIBA Men’s World Boxing Championships in Belgrade.

The Raphoe man, the President of the County Donegal Boxing Board, received the call from IABA President Dominic O’Rourke over the weekend.

“It’s the biggest appointment of my career. It’s a great honour to manage an Irish team, no matter at what level.

“It doesn’t get much bigger in amateur boxing than the World Championships.

“It took me by surprise and I certainly wasn’t expecting it. I never thought that call would come to me.”

The opening ceremony takes place on Sunday, October 24 and O’Donnell will lead a seven-man Irish team to Serbia on Friday.

“I jumped at the chance,” he said.

“It’s fantastic to be called like that. It’s always an honour to get and it’s never one that I’ve taken for granted.”

Previously, O’Donnell was manager of the Irish squad at the 2015 European Elite Championships in Bulgaria, where Joe Ward and Michael Conlan won gold and Dean Walsh took a bronze medal.

Coaches Zaur Antia and John Conlan will accompany O’Donnell and the Irish boxers to Serbia.

“The stakes are high for all the boxers now with the prize money on offer. I would like to congratulate the seven boxers who were selected.

“They’re in with a good chance of a medal.”

A squad of Irish boxers were in Sheffield for a sparring camp with Great Britain over the last week before the team for the World Championships was put together.

O’Donnell was already counting down the days to another huge trip for Irish boxing.

He won’t be long back from Belgrade when he’s bound for Boston to see his close friend Jason Quigley challenge Demetrius Andrade for the WBO world middleweight title on November 19.

O’Donnell has followed Quigley since his early years and indeed helped corner the Finn Valley puncher for the 2011 Irish Elite middleweight final, which Quigley lost to Darren O’Neill.

“Jason’s fight was all that was in my head until I got the call from Dominic,” O’Donnell said.

“I’m looking forward to the biggest night ever for Donegal boxing next month. Jason will bring that world title back to Donegal.

“It’s the stuff dreams are made of - getting picked to be an Irish manager and hopefully seeing Jason achieve his dream.

“I’ve had a right few rewards in my time in the hot seat as the Donegal Boxing Board’s President, seeing three Elite champions (Quigley, Maeve McCarron and Paddy McShane), but this now would be the icing on the cake.”