Wayne McCullough: "I didn’t feel like the fight should be stopped” 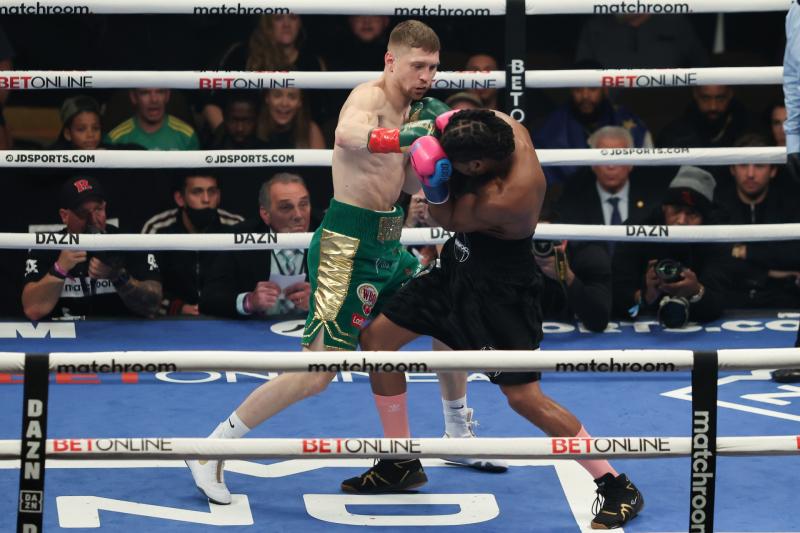 Referee Arthur Mercante Jr stopped the fight when Quigley dropped to the canvas late in the second round.

It was the third visit to the floor for the Ballybofey man and the referee came in to bring his night to a close.

“When the fight was waved off, the round was practically over,” McCullough said.

“I think he should have given Jason the one minute in the corner. It’s the championship of the world, not a novice fight, I thought he should have got a minute to see how he could react. I didn’t feel like the fight should be stopped.”

Quigley was hoping to upset the odds against the unbeaten Andrade, who was making his fifth defence of his title.

The Ballybofey man was a 7/1 underdog, but cut a relaxed figure all week as he took his his surroundings.

Andrade said pre-fight that he wanted to deliver a statement to those who have consistently avoided him in the 160lbs division.

He did just that with an outing that will surely draw a big day in 2022.

McCullough said: “Demetrius is a great champion. The guy is one of the most respectful champions I’ve seen. He came into the dressing room to Jason and he didn’t have to do that. He wants to get the bigger fights and he might get one now.”

‘Pocket Rocket’ McCullough worked the red corner with Quigley’s coach, Andy Lee, unable to travel due to a visa issue.

The former world bantamweight champion said it was a ‘tough night’ for Quigley.

He said: “It was a tough night. Jason fought a good champion. Demetrius is a very respectful champion.

“That’s boxing. You can get caught with one shot. Jason was doing his best to try and avoid tat early. He got caught with one in the first round and I slapped him when he came back to the corner - just to make sure that he was alright.

“With the second knockdown, Jason got leaned on as well. That’s something Andrade is very good.

“Jason has a lot of people around him who care about him. Jason is my friend, first and foremost. Whatever he does. I’m behind him. He is a great guy.