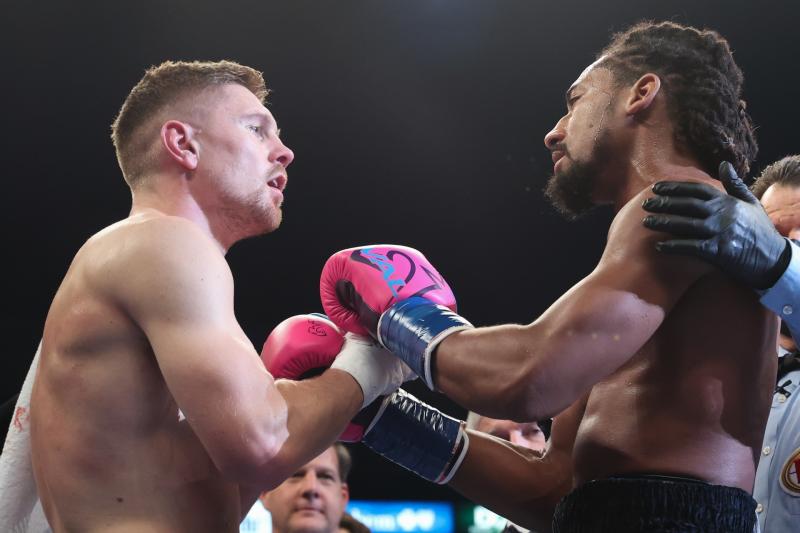 Jason Quigley has confirmed that he sustained a broken jaw in his defeat to Demetrius Andrade on Friday night.

Quigley says he’s hurting more that he didn’t get a chance to give his fans a longer night.

The destructive Andrade stopped Quigley in the second round of their WBO world middleweight title fight at the SNHU Arena in Manchester, New Hampshire.

Quigley was rocked by a firecracker from Andrade in the first round, which inflicted the damage.

“I suffered a broken jaw in the first round and now it’s time to head home get it sorted and healed,” Quigley wrote in a social media post.

“Then we look at what’s next.”

The Ballybofey man was roared on by a huge traveling support, who made the venue appear a home bout for Quigley.

“I want to apologise to everyone that I didn’t give you more excitement and wasn’t able to put up more of a fight believe me I wanted to, I’m hurting most because I didn’t get the chance to show my full worth and give it more.”

Quigley congratulated Andrade, who moves to 31-1, 19Kos, and has some big bouts in line.

The Donegal middleweight added: “Thank you to my family my team and everybody that helped me along my journey to here, I had one of the best experiences of my life right up until the fight but that’s boxing it’s a brutal sport and maybe that’s why we love it.”