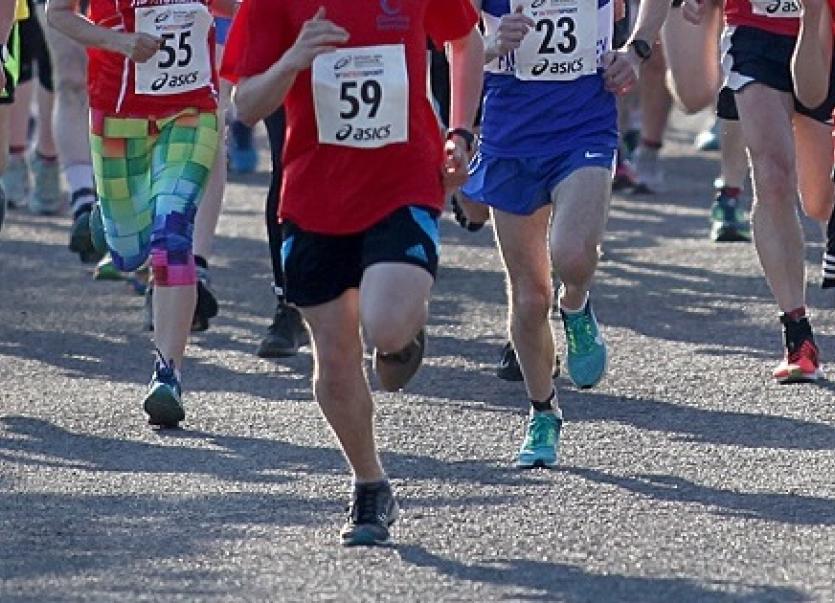 A large number of Letterkenny Athletic Club runners made the 300 KM return journey to Belfast on Saturday for the Seeley Cup 10K. The journey was well worthwhile, with a large number of outstanding performances. Eoin Hughes had a most impressive debut 10K. His time was a very fast 32.45. Conor Gallagher also ran a very fast time of 33.38. Letterkenny AC women totally dominated the womens' race. Ann-Marie McGlynn, currently in tremendous form over a wide array of distances, crossed the line in the exact same time as Conor. The 2nd woman in the race was Nakita Burke, who had an impressive finishing time of 34.32. That time represented a PB for Nakita.
Barry Mackey's good form continued and he performed well in a very strong M55 category and clocked 39.06. Liam Ferry continued the fine form he showed in the recent Dublin Marathon, by running a new PB of 39.22. Aidan McKenna ran a very good time of 40.21, to show that he has made a complete recovery from injury. Ciaran O'Donnell and Pat Brady both ran well, Ciaran clocking 42.32 and Pat 43.01.
There was another impressive display from 59 year old, ex Olympian, Tommy Hughes, of Termoneeny RC. Tommy defied the years by finishing in 32.53. Evergreen Tommy will be 60 very early in 2020 and must be in with a very good chance of setting a new M60-64 10K world record. It is currently in the possession of Welshman Martin Rees, whose time of 32.48 has lasted for 6 years. The race winner was Ben Branagh, St Malachy's AC, in 30.25.
Letterkenny AC's annual and very popular 5K Turkey Trot was held on Sunday morning. Nobody was able to match their pre race prediction with their actual time. However, 11 runners ran within 4 seconds of their time and all of them won their Christmas dinner. Margaret Coyle, Shaun Cannon and Gloria Donaghy all came within 1 second of their time. Shaun O'Donnell, Gerard Sharkey and John Bradley all finished within 3 seconds. Sean Lorinyenko, Michael Logue, George McNulty, Colm Breathnagh and Gavin Crawford all won turkeys for being just 4 seconds outside their predicted times.
The race was a great success and Letterkenny AC is very grateful to the stewards and all the other people who helped with the organisation. The club is also grateful to Marks and Spencer, the main sponsor and to Divers' Hyundai for the use of their premises.
LAC runner, Boyd Robinson, put on a very well organised 5K a week last Wednesday. The 'Winter Woolie Warmer' 5K attracted almost 200 runners. Liam Ferry was the leading LAC runner in 19.25. Nakita Burke's time of 19.30 gave her 1st place in the women's race. Nakita was closely followed by clubmate Eimear Wiseman, whose time was 19.33. Ciaran O'Donnell ran well and was the leading M50 runner in 20.27. The next M50 finisher was Robert Kavanagh, who clocked 20.29. Seamus Morrison completed a LAC 1-2-3 in the M50 category, with a time of 20.34.
Mark McFadden clocked 20.50, Paul Harris 21.39, Noel Lynch 22.20, Brian McBride 23.08, Lee Gildea 23.35 and Richard Raymond 23.50. Theresa Wiseman continued her recent good form and was the leading F50 runner in a time of 23.59. The next F50 finisher was Dara Dunne in 24.57. Sarah Robinson finished in 26.18, Niamh McDaid in 26.47 and Pat McKenna in 27.17.
Dara Dunne had a fine run in Saturday morning's Letterkenny parkrun. She was the 3rd woman, and 1st in the W50 category, in 24.21.
Caitriona Jennings was given a well deserved award during the week from Athletics Ireland. She received the National Ultra Runner of the Year award. Caitriona finished 3rd in Comrades' Marathon in South Africa, the world's oldest Ultra race. Caitriona completed the gruelling 87KM distance in 6.24.12. She also set a new Irish 50K record when she completed the IAU 50KM World Championship in 3.19.49.