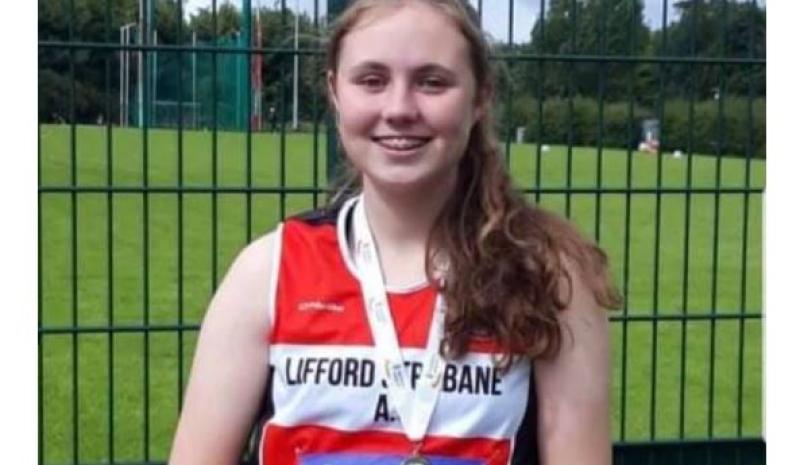 Teenager Adrienne Gallen of Lifford-Strabane AC wrote herself into the history books with the longest ever hammer throw by a female Donegal competitor.

Competing in the National Junior (U-20) Track and Field Championships in Santry, the 15-year-old threw 48.58m in the junior women’s hammer event.

The throw was good enough to break the Donegal female senior record (4kg).

Her fifth of six throws was her best.

Nicola Tuthill of Bandon AC won the title with a super throw of 57.19.

Meanwhile, The 15 year old has had a tremendous season to date throwing 59.83m (3kg) last month which was just 17cm short of the European Youths qualification standard.

Áine Marie McBride put in an excellent seasons best to take a fantastic fourth place in the same junior women's hammer event with a throw of 40.09 and in the process, propel herself to number two on the all time longest throws by a Donegal woman.

Both girls are still just u17 and look forward to another three years in the Junior Women's category.

Jude McCrossan, meanwhile, had the performance of his life to take a brilliant 4th place in the Junior Mens Hammer with a personal best throw of 45.37m (6kg) just over a metre off the bronze medal position. Still just u18, McCrossan still has two more years in the Junior category.