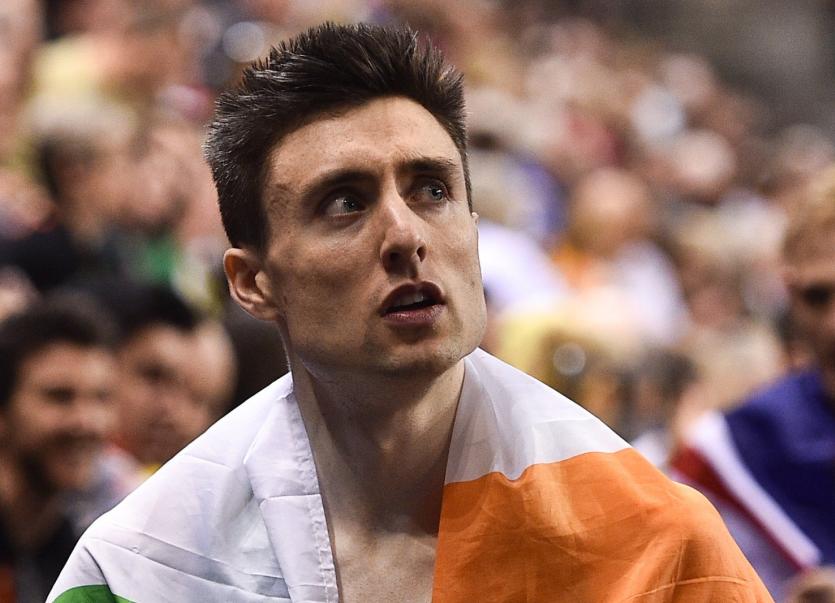 Donegal’s Mark English is regarded as being a real medal hope for Ireland when he competes in the European Athletics Indoors Championships in Poland this weekend.
But he will face some added challenges to negotiate before he even gets onto the track to compete in the 800 metres event.
Strict protocols have been put in place in the battle to reduce any Covid-19 risks, and that means plenty of tests for English and the rest of the Irish team.
Indeed, Athletics Ireland have appointed former Donegal Co. Board Chairman Neil Martin as Covid officer for these championships.
Speaking to the Democrat, he outlined the lengthy procedures that he, like the others, will have to face.
He had to take a Covid test on Monday, and was due to take an antigen test at Dublin airport early this morning. With less flights than normal, the Irish contingent is actually flying out in three groups.
He is part of a group who were going to Amsterdam first today - where they faced another antigen test - before getting a connecting flight on to Poland. They were then facing a three hour bus journey, and further tests.
The athletes will face similar tests, and everyone will also have their temperatures taken regularly.
And, of course, they will also face tests on the return journey.
Strict adherence to the protocols is vital as one weak link could end someone’s hopes of taking part.
But he is optimistic that it will all work out. “They (the athletes) will be very secure when they get there and will be in bubbles,” he explained.
“There will be hurdles all the way,” he acknowledged, but added that the athletes - most of whom normally travel a lot - “know the story” and will take it in their stride.
On the track, Martin is hopeful that Letterkenny native English can at least reach the final.

Record
English (Finn Valley AC) won a bronze medal in the 800m at the 2019 European Athletics Championships in Glasgow, and he won a silver over the same distance at the 2015 competition in Prague. To win a third European indoor medal would be a superb achievement.
English also has a European outdoor 800 metre silver medal to his name from the 2014 European Championships in Zurich.
He goes into the race with some degree of confidence, having broken his own National 800m Indoor Record as he clocked of 1:46.10 at the recent Irish Life Health Elite Micro Meet in Dublin.
However, that was his first competitive outing since last summer due to the Covid restrictions.
Nevertheless, there is an upbeat mood in the Irish team, which is managed by Letterkenny’s Teresa McDaid.
Cian McPhillips (Longford AC) and John Fitzsimons (Kildare AC) also go in the 800 metres. The first round heats are on at 6.55 pm on Friday, while the semi-finals are at 6.25 pm on Saturday and the final is at 6.25 pm on Sunday. (All are Irish times).
There are 22 Irish athletes taking part with the events being held in the Polish city of Torun.