'Hundreds of GAA families' affected by the Mica scandal 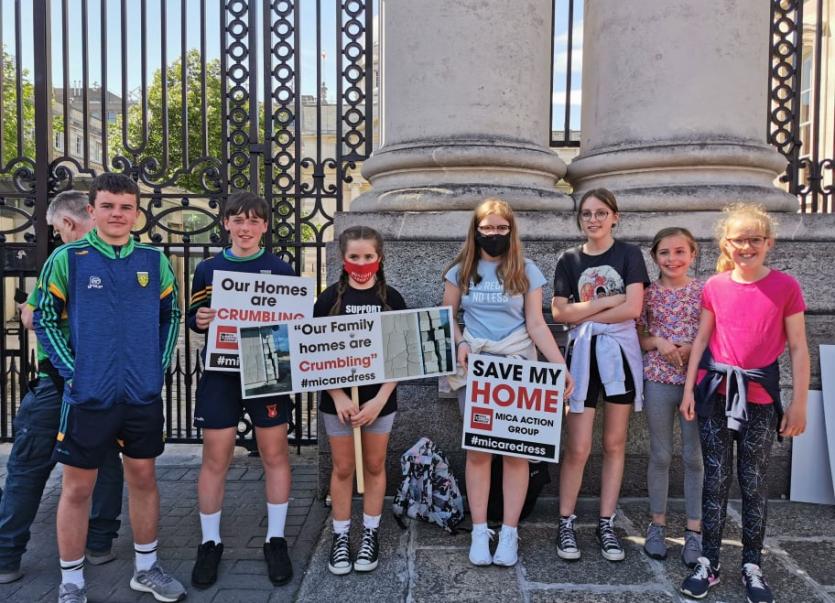 Members of sporting organisations throughout Donegal travelled to Dublin in their droves yesterday to make their voices heard.

Approximately 10,000 people attended the mass protest in the country's capital to demand 100% redress for the Mica scandal that has affected so many in the county.

Carndonagh GAA committee member Annette Canny, who attended the protest with many fellow club members, said the turnout was 'unbelievable'.

She said: "I couldn't get over how many people turned up. Everywhere we looked, we were no more than a foot away from someone from Carn.

"All the Inishowen clubs were well represented. I saw ones from Moville, Malin and Burt and Buncrana and there were Urris underage players here too.
"The amount of people who turned up is unbelievable."

The impact the scandal has had on countless members of the GAA prompted Gerard Callaghan, chairperson of CLG Bord Inis Eoghain, to highlight the growing disaffection among the grassroots regarding the Donegal County Board's silence on the issue.

In a statement posted on his social media account ahead of the rally he said: "Inishowen GAA believe it is inappropriate to cite Rule 1.11 of the Official Guide rather than loudly and unequivocally support the hundreds of GAA families who are among thousands in our county affected by Mica."

Rule 1.11 relates to the stipulation that the GAA should be non-party political. There has been overwhelming support for the Mica Redress campaign in Donegal sporting circles, and certainly within the GAA, but the Donegal County Board has refrained from voicing official support, much to the frustration of many of its grassroots members.

Callaghan went on: "We all have skin in this game! These are our families, parents, brothers, sisters, uncles, aunts, cousins, friends, neighbours and above all staunch GAA people. They are trusted Executive members of clubs, managers, coaches, referees, players and parents of our youth and child members. Many have worked tirelessly for their clubs, helping develop and support them by fundraising, giving their time freely to nurture and progress our games.

"They have travelled to Ballybofey, Clones, Croke Park and other venues throughout the country, particularly during the past ten years to support their county, making sacrifices along the way at considerable expense to themselves.
“These GAA stalwarts have bought and sold hundreds of House Draw tickets and supported every Donegal GAA event throughout the years.”

His statement concluded: "This is not party politics, it is about standing together with the people who faithfully stood with us, the GAA, when we needed them.
"Let us all stand together on this, it is too important not to!"

Mick McGrath, chairman of the Donegal County Board, explained their position.
He said: "The issue was raised and talked about at a meeting of the 40 clubs in Donegal a few weeks ago where we said that, as a sporting organisation, we can't come out publicly on an issue where there is political involvement.

"But of course we would welcome politicians from across all parties working together and resolving this situation.
“There is total solidarity and support throughout Donegal regarding this issue."