Water charges opponents say they are "winning the war" 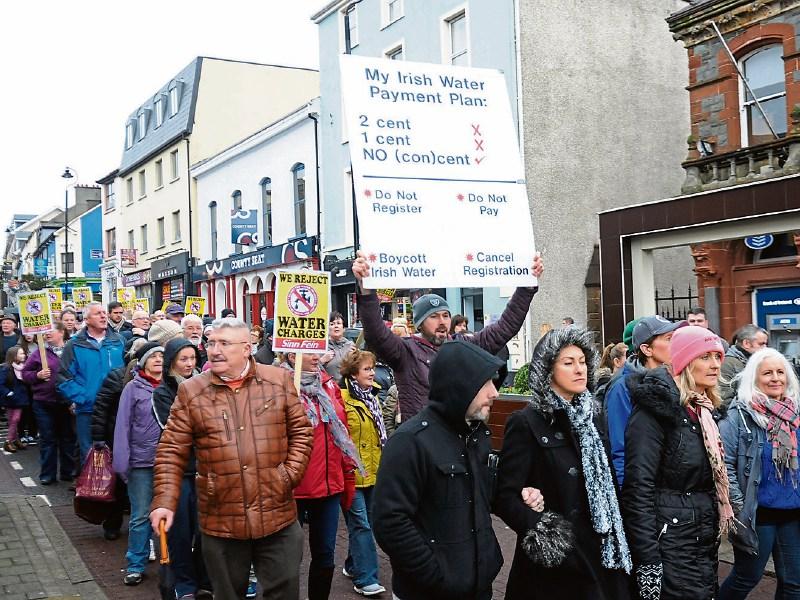 Water charge opponents have declared they are “winning the war” against the charges.

Addressing an estimated 2,000 strong crowd on Saturday in Letterkenny, Don McGuinness from Right 2 Water Inishowen made the claim.

At an always peaceful protest where men, women and children marched as many as eight across through Letterkenny, the symbolic burning of water bills at the Market Square by several people, elicited roars of approval.