Thousands take to the streets 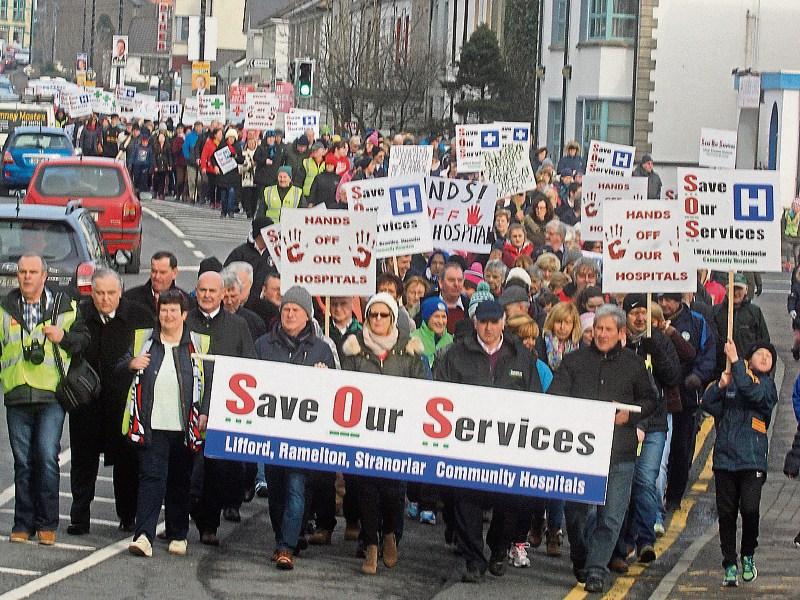 Thousands of people from across Donegal delivered a three-fold message to the Government on Saturday afternoon - 'No' to hospital closures; 'No' to false promises and a firm 'No' to politicians in the run up to the general election who do not show their support.

In a march in the Twin Towns attended by around 2,000 people to voice their opposition to any proposal to close operations in Stranorlar, Lifford and Ramelton, the mood was one of anger with Fr. John Joe Duffy demanding answers.

“Where is our Government Minister today? Is there anybody representing the government on what is one of the most crucial issues affecting this county today?” he asked.