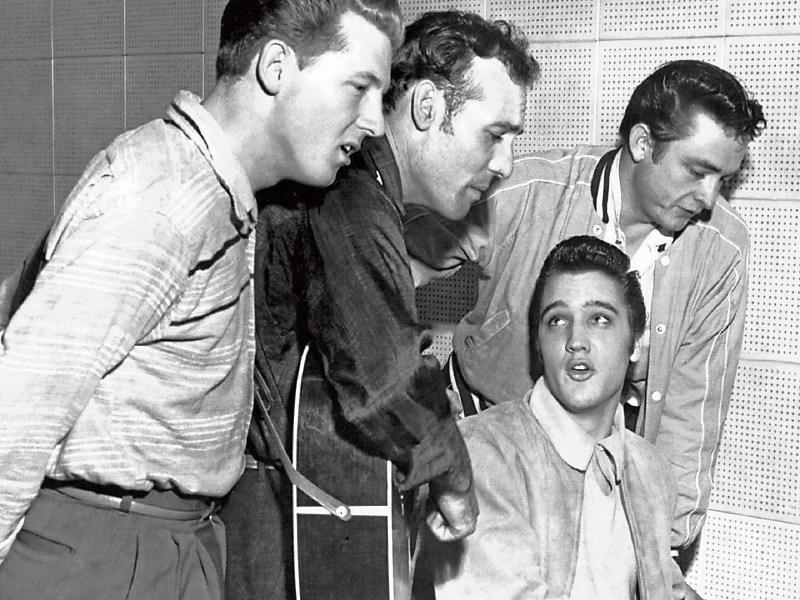 An Elvis club which was established two years ago has raised almost €8,000 for local charities.

The club, which is run by Elvis fan Beatrice Farrelly will host another magnificent event in aid of Eva McCafferty, 3, from Crolly on March 19th in the ‘Stepping Stone’ Dungloe. The child uses a wheelchair and her family hopes that she will undergo surgery in the Children’s University Hospital, Templestreet in Dublin to insert a feeding peg into her stomach.  Eva will be four in April.

It is hoped that people from across the country will come together in the ‘Stepping Stone’ Dungloe to attend this major event which is themed ‘Presley meets Cash.’ This is the first time that the club is hosting an evening which celebrates the work of both of these iconic stars who once traveled the circuit together.

David Bishop will do his first ever Johnny Cash show at the Dungloe based club. Well known Ciaran Houlihan will travel from Dublin to the event to present his Elvis tribute.

“David Wilson from Wales will be doing his debut in Ireland. It promises to be a great night. Elvis and Cash used to tour together so this should be a really good night and people should enjoy it,” Beatrice said.

A lady from Belfast has offered an impressive Elvis plate which is to be auctioned during the evening. The plate is one that is expensive and it is hoped that the plate will go to a good Elvis home.

“The plate is an expensive item. It is worth a lot of money. We will try to auction it off on the night. I am hoping that it will go to a really good Elvis home,” Beatrice said.

The Rosses Elvis Club is understood to be the only one in the country. Beatrice established the club two years ago. Elvis clubs across the world raises money for charity and it was with this in mind that Beatrice began raising money throught the club for local charities.

The Rosses based lady is a regular on Rosses Radio and many tune in to listen to her Elvis tunes.

People come from near and far to attend her Elvis nights. Many are expected to arrive from Belfast on March 19th.

“People travel from Belfast to the events. There is a huge number of Elvis fans out there and they love events like this,” she said.

Letterkenny based artist, Redmond Herrity has helped Beatrice with her charity nights.

On this occasion he has created Johnny Cash and Elvis Presley fridge magnets. These items alongside other items will be raffled off on the night.

Beatrice said that the generosity of people has been outstanding over the past two years.

“We have raised almost over €8,000 two years. We have run seven nights during that period,” she said.