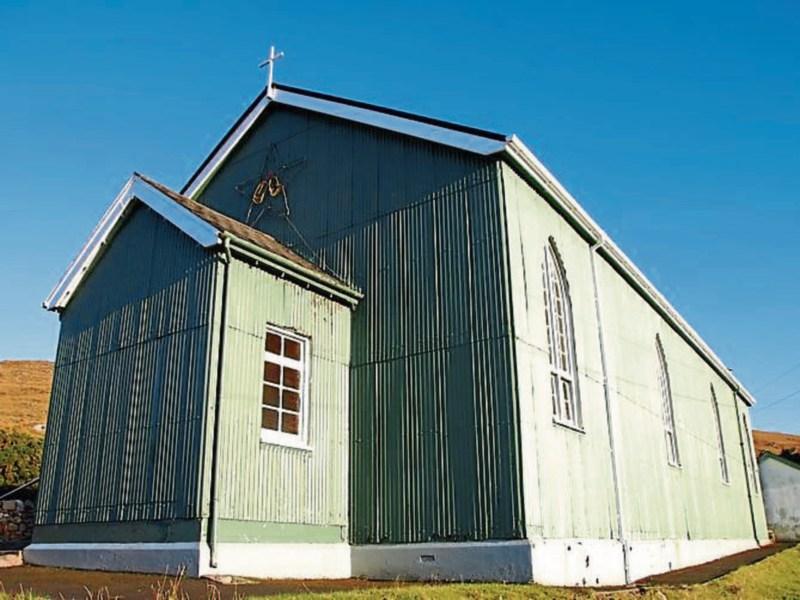 When Fr. John A McGroarty was appointed Parish Priest of the parish of Gaoth Dobhair in April 1928 there were only two edifices in the parish.

At the time parishioners from as far afield as Crolly, Thorr and Meenaweal were walking to the Sunday mass in Derrybeg while on the other end of the parish people from Meenacladdy, Brinaleck and Cnoc Fola were also coming to Derrybeg for the Sunday mass.

On his appointment as Parish Priest Fr. McGroarty immediately went to work on providing a church in Meenaweal and one in Cnoc Fola.

St.Patrick’s Church, Meenaweal was officially opened and blessed on St. Patrick’s Day, 1936. The total cost of the new building was £750. The Bishop of Raphoe at the time, Most Rev. Dr. William McNeely contributed £100, while a local woman kindly donated the sum of £65 for the purchase of the Stations of the Cross as well as two statues, one of the Sacred Heart and one of Our Lady.

The new church at Meenaweal was blessed and officially opened by Most Rev. Dr. William McNeely, Bishop of Raphoe. A total of eighteen priests were present that day for the opening ceremony.

The church was built by the Carrick based building contractor, J. W. Cunningham. He employed a number of local tradesmen. As was the custom in those days labour was also supplied voluntary by local men and youths, each dedicating about two weeks labour free. St. Colmcille Church, Cnoc Fola was officially opened in 1933. While serving in the parish of Gaoth Dobhair Fr. McGroarty was promoted Canon. He passed away in July, 1954 and he is interred along with a number of other priests at St. Mary’s Church, Derrybeg.

To mark the 80th anniversary of St. Patrick’s Church, Meenaweal a mass will be celebrated there at midday on Saint Patrick’s Day.

The main celebrant of the mass will be Most Rev. Dr. Philip Boyce, Bishop of Raphoe. No doubt this will evoke fond memories to many who have been baptised or married in this church.