"I am highly enlightened. Enda Kenny is aware of me," defendant tells court 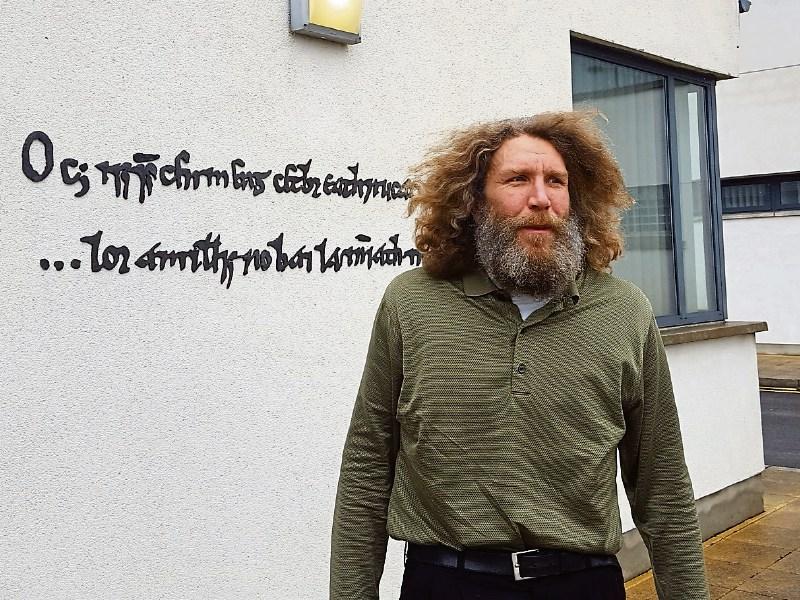 A man charged with breaking stained glass windows and doors at a parochial house, told Ballyshannon Court last Friday that he is God’s “slave and messenger”.

Stephen Clarke (46) of Glen Easton Close, Leixlip, Co. Kildare is charged with trespass and causing €2,5000 worth of criminal damage at the Parochial house, St Patrick's,, Ballyshannon on July 19 last.

He is also charged with being drunk in public and using threatening or abusive words or behaviour at Main Street, Bundoran on July 18 last.

Representing himself, he said, “This court sits in a maritime jurisdiction, I am lost at sea. We are all lost at sea.”

Garda Kevin Garvin gave evidence that at 5.40pm on July 18, he was on duty at Bundoran Garda Station when a pub owner reported a male was acting in a disorderly manner. When they asked him to leave, he became abusive and when Garda Garvin asked him to leave, the man, Stephen Clarke, became abusive to him. Gda Garvin arrested and cautioned Mr Clarke, to which the defendant replied, “Balls”. Mr Clarke, Gda Gavin continued, then “went off on a rant” which he did not have time to record.

At 5am the next morning, gardaí received a call from Fr Cathal O’Fearrai saying that someone was smashing windows at the parochial house.

Mr Clarke explained that he did this because, “The Catholic Church is corrupt. I need somebody to enter the church and question them”. In addition, “When my the kids were taken away from me, I called on motu proprio (a term in church law relating to a papal edict) and I was told I could only use that in criminal court, so I had to get arrested”.

He implored the court to listen to him. “When men of religious knowledge speak to me, they realise I am highly enlightened. Enda Kenny is aware of me.”

Judge Kilrane asked him, “What did Enda Kenny promise to do for you?” Mr Clarke replied, “I met him in 2010 before the revelations came to me. I had a programme to create 20,000 jobs year in Ireland.”

He continued, “This is crazy what we're going to each other: we're polluting our water, 25% of our sperm count is down because of wi-fi, and we can't pay back our debt. I'm only looking for the chance to meet with these men and explain to them that we're on the wrong track, to give them the chance to turn it around before God comes to take his vengeance. We're talking about 7 billion lives.”

As the case continued, he told the court, “This is all trickery, dodgery, you'll be in Hell. You're ignoring it, you're following a path of destruction.”

He repeatedly asked Inspector Denis Joyce and Judge Kilrane “are you really that thick?” and he quoted scripture that the proofs were laid before them but there was a veil before their eyes and they could not see. He was remanded on continuing bail to Donegal Circuit Court on April 6 for the charges relating to the incident at the parochial house. Judge Kilrane found the facts proved in the Bundoran public order case and gave him the benefit of the Probation Act in respect of both charges.