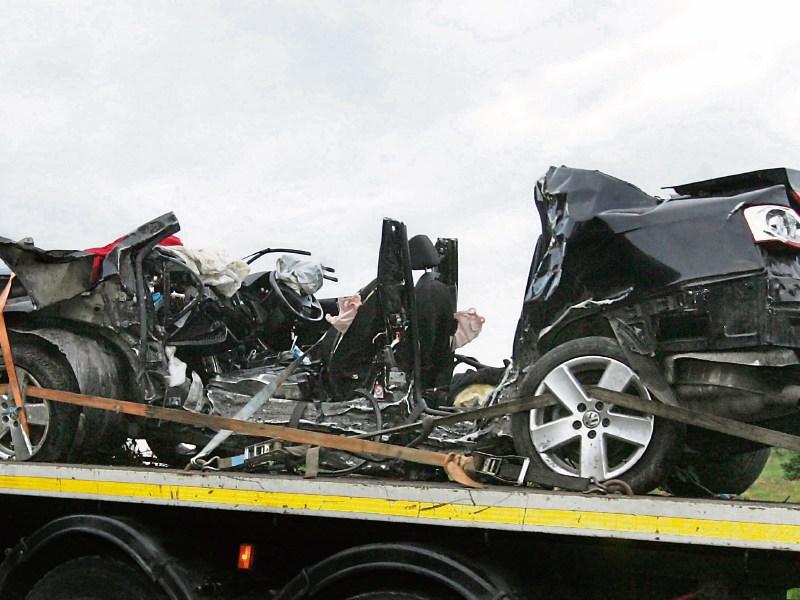 The jury in the inquest into the deaths of eight men killed in the State’s worst road accident have returned a verdict of unlawful killing consistent with dangerous driving.

The verdict was returned by the jury of four women and three men just before 8 p.m. on Friday after three days of evidence and legal argument at the inquest in Buncrana.

Shaun Kelly,27, of Ballymagan, Buncrana, is serving a jail sentence after admitting dangerous driving causing the eight deaths at Dumfries on the R238 between Buncrana and Clonmany on July 11th 2010.

Hugh Friel, 66, who was travelling on his own in his red Toyota Corolla after attending bingo in Buncrana, was also killed.

The eight men all died at the scene of the accident while Mr. Kelly suffered serious injuries.

The third day of the inquest heard that a Garda forensic report found that the VW Passat driven by Mr Kelly was almost a metre over the white line when it struck a car coming in the opposite direction, seconds before the fatal collision with Mr. Friel’s car.

Coroner Dr. John Madden had ruled the admission of an engineer's report carried out on behalf of Mr. Kelly as inadmissible.

The coroner allowed the Garda forensic report to be admitted despite an objection from Mr. Kelly’s legal team.

Forensic collision investigator Garda Kevin Giles said the Passat struck a Renault Megane driven by Anne McGilloway before turning 90 degrees and colliding sideways with Mr. Friel’s car a further 44 metres down the road towards Buncrana. He said the first contact with the Megane was 0.9 metres on Mrs McGilloway’s side of the road.

This was disputed by Mr. Kelly’s counsel, Peter Nolan, who said the collision occurred on Mr. Kelly’s side of the road.

The Toyota Corolla was stopped by the impact and pushed a further 14 metres back before both cars came to rest off the road after hitting a pole.

Dr Madden said the inquest was the most difficult one he had been involved in, describing it as stressful and tiring.

“This is the worst inquest I have ever been at. The worst road traffic collision in the history of the State. It shocked not just Inishowen and Donegal but people all over Ireland and beyond Ireland,” he said.

“This is not going to solve anything for the families but it might give you one less hurdle to jump over as you get on with the rest of your lives.”