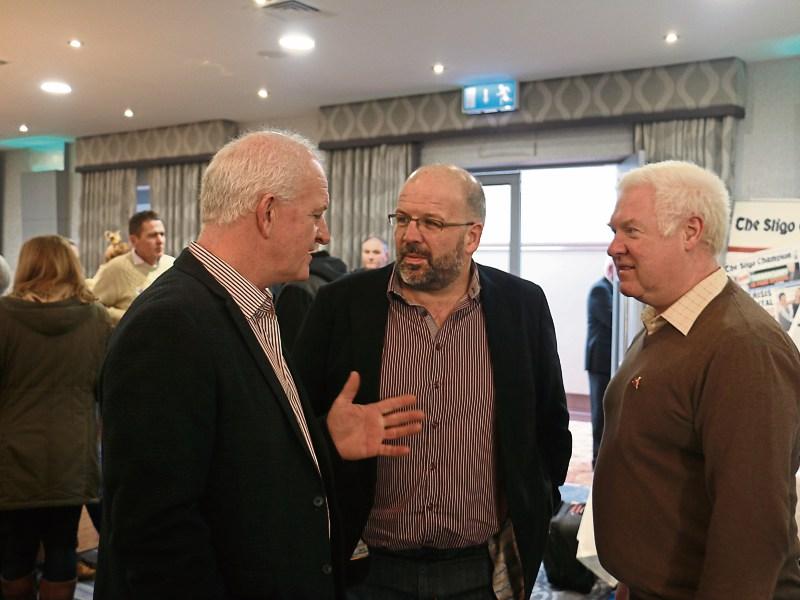 From 9 am the ballroom in the Sligo Count Centre in the Clarion Hotel has been standing room only with supporters from all candidates keeping a vigilant eye on the tallies.

From the outset firm trends started to emerge as the Sligo town tallies were counted . A number of candidate had established themselves as frontrunners - Senator Marc Mac Sharry, (FF), Martin Kenny (SF), Eamonn Scanlon (FF), Tony McLoughlin (FG) and Chris McManus (SF) with others trailing in the initial stage.

Filan. There was no shortage of both Fianna Fail and Sinn Fein supporters.

There were many permutations and combinations but a quiet confidence in the Fianna Fail Camp - Marc Mac Sharry had topped the poll in most areas including Donegal and Martin Kenny was picking up votes all around.

Fine Gael's Tony McLaughlin had done well in Sligo Town but it was anticipated that this lead would be reduced when former TD and Senator Gerry Reynolds began to take votes in spades from Leitrim.boxes as they were opened.

With the final tally just announced the main front runners are as follows;

The count proper has now started and many are now commenting that it really will go down to the wire with Mac Sharry and Kenny looking like taking their seats. As predicted earlier Gerry Reynolds from Ballinamore is making a strong showing with that possibility of two seats for Leitrim very much alive.

Seasoned pundits in this new constituency have indicated that when John Perry's votes are distributed many will go to Eamonn Scanlon who comes from the same area.