DONEGAL SUMMARY: Pringle and MacLochlainn look set for a battle for final seat 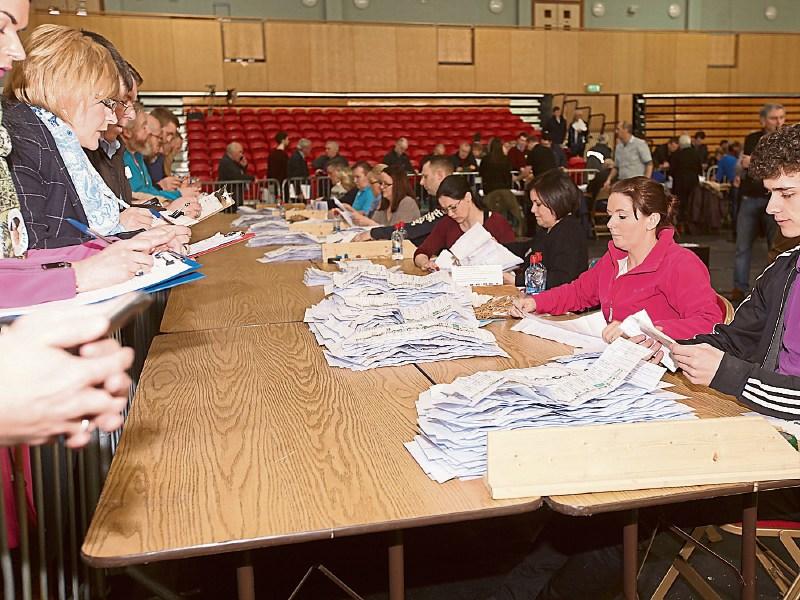 With the quota at 12,039 votes, based on tally figures, Outgoing Fianna Fáil TD Charlie McConalogue will top the poll and be deemed elected on the first count.

As we reported earlier, tally figures put the Inishowen man’s vote at 12,422 votes.

Based on tallies, Pearse Doherty on 10,182 will be returned to the Dáil, the final three seats should then involve Fine Gael’s Joe McHugh, Sinn Féin’s Padraig Mac Lochlainn, Fianna Fáil’s Pat the Cope Gallagher and outgoing independent TD Thomas Pringle.

Two other of the independents, Dessie Shiels and Tim Jackson, also polled well.

Mr McConalogue was estimated to have polled almost 8,000 votes in his native Inishowen and was reckoned to be on a total of 12,422 votes. It is estimated that he also topped the poll in the Letterkenny area.

His running mate Pat The Cope Gallagher, according to Sinn Féin and Fianna Fáil tally figures, was on more than 9,890 votes which gives Fianna Fáil a chance of taking two seats in the constituency.

Outgoing independent TD Thomas Pringle was also polling quite strongly at an estimated 6,153 votes when all 246 boxes had been counted.

It’s a long way to the finish, but it does look like outgoing Thomas Pringle (IND) and Padraig MacLochlainn (SF) will be in a real battle fight for the last seat.