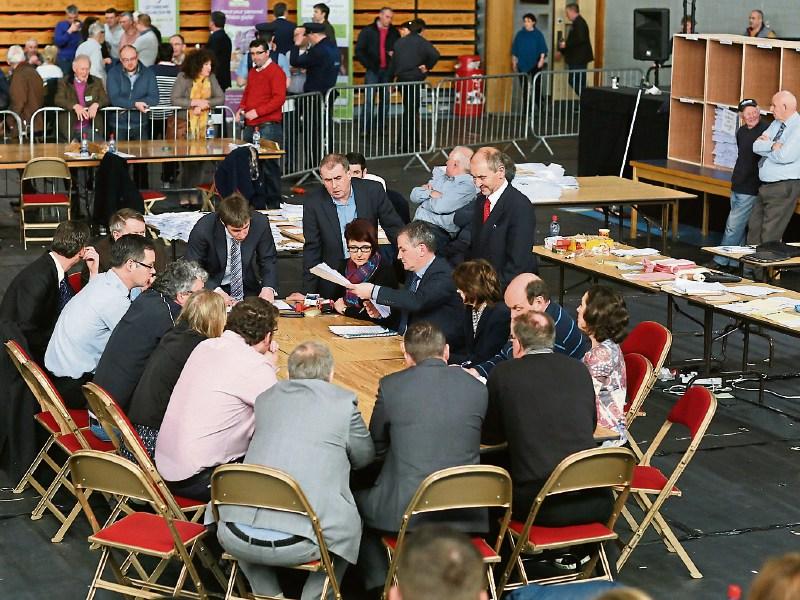 The Donegal constituency count is continuing, following a recheck and count of some candidates' votes.

County Registrar Geraldine O'Connor said, "Having had the recheck and the count of votes as requested by Sinn Féin, we now propose to continue with the eighth count."

The registrar's remarks were greeted by applause from some of the people gathered at the count centre.

The Donegal count recommenced at 10am this morning. By 4pm, proceedings had moved no further than the recheck and count Sinn Féin had requested. The request came following the seventh count last night, which left Sinn Féin candidate, Cllr. Gary Doherty, eliminated with just seven votes between him and independent Cllr. Dessie Shiels.

Pictured: Representatives for each candidate look over the vital votes at the count. Photo: Brian McDaid.