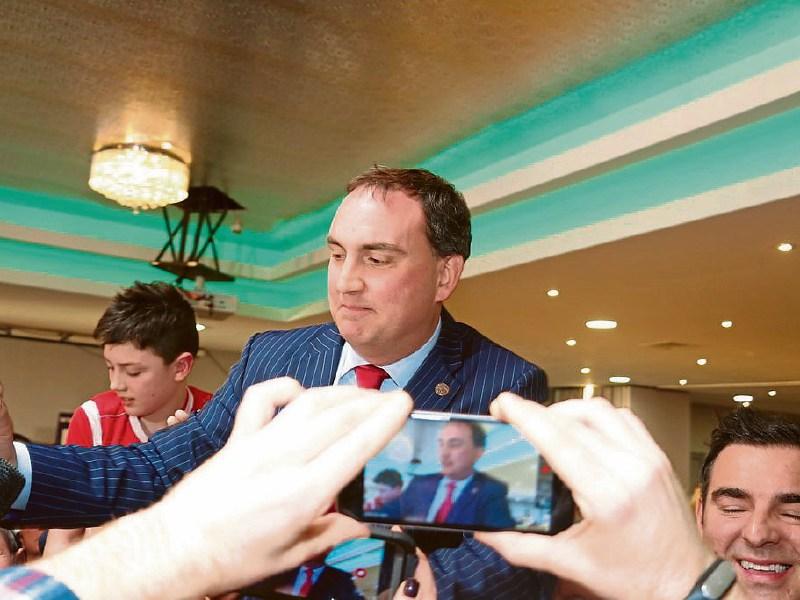 MacSharry exceeds the quota (12,468) and is the first candidate elected in Sligo Leitrim

Marc MacSharry was deemed elected at 8 minutes past six on Sunday evening, exceeding the quota on the 12th count when the votes of Paddy O’Rourke of Fianna Fáil were distributed.

Reacting, MacSharry admitted: “It is emotional and humbling because of the work we have put in and where we are come from. The organisational skills of Edel MacSharry was key as was the help of Fianna Fáil.

“18 candidates fought this election and they were all of a very high calibre. The winner is democracy, a great campaign, great debates and public meetings.

“It was about the issues, it was clean and there was nothing underhand.

“There will of course be political battles, but this is a region, if given resources, can make a real sustainable contribution, but we need the resources to do that.”

Referencing his father, former EU Commissioner Ray, he said his father did not advise any of his family to follow him into politics. “when I was nominated for the Senate, he was 100 per cent behind me and he is certainly proud today.”