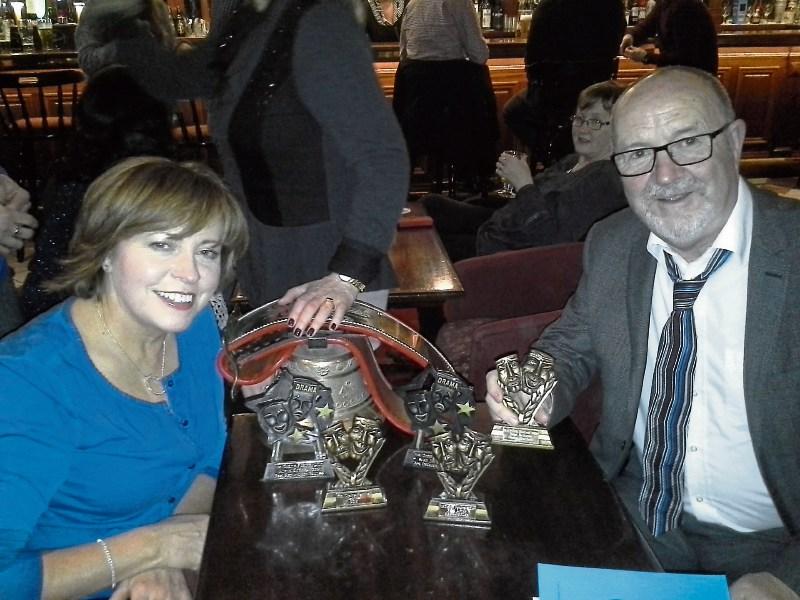 Ballyshannon Drama Society had an incredible start to their drama season when they swept the boards at their first festival outing.

Competing in Newtownstewart in County Tyrone, with the Harold Pinter classic ‘Old Times’, Ballyshannon won eight of the categories, including Best Overall.

John Travers of Ballyshannon Drama Society posted the results to facebook on Saturday and said modestly that it was “a good start to the Circuit”.

The show, which is directed by Conor Beatti,e and has a cast of three, Trish Keane, Rachel O’Connor and Richard Hurst, won the following awards: