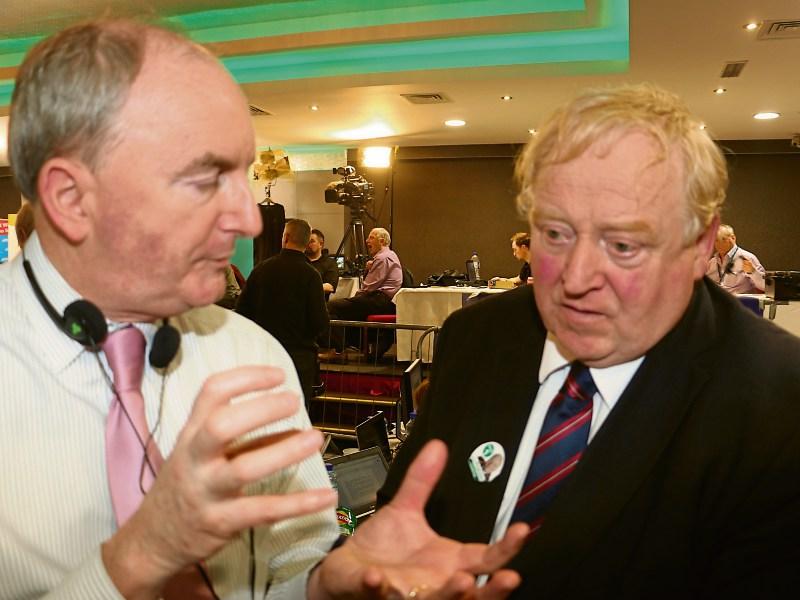 With only 131 votes separating Gerry Reynolds and Eamonn Scanlon and Marc Mac Sharry's surplus of 759 now being distributed former Minister John Ellis has called the result in favour of Eamonn Scanlon.

Ellis said, "On the ;law of averages it must favour Scanlon - it is a Fianna Fail surplus."

Gerry Reynold’s campaign manager, Ita Reynolds,appeared to concede defeat when she spoke to local radio journalist Niall Delaney of Ocean FM, yet experts are still dithering, one suggesting the margin of a Scanlon win may be as little as 50 votes and that margin is too tight for anyone to call at this stage.

The word recount has also been circulating the count centre in the Clarion Hotel in Sligo.

Gerry Reynolds however, says the margin is very tight and close to call but for him it appears “the momentum” is with Eamonn Scanlon.

It’s expected there will be a count result circa 11.30pm tonight.

The numbers for the fourth seat now are as follows:

The counters are now distributing Marc MacSharry’s surplus of 759 votes. While they do that, the number crunchers are suggesting that Scanlon will get enough votes from his Fianna Fáil colleague MacSharry to beat Reynolds.

The elephant in the room however is the actual number of non transferable votes within those 759 surplus.

Until the returning officer makes a declaration, there remains a doubt where the final seat will go.