Deirdre to be honoured by the county she loves 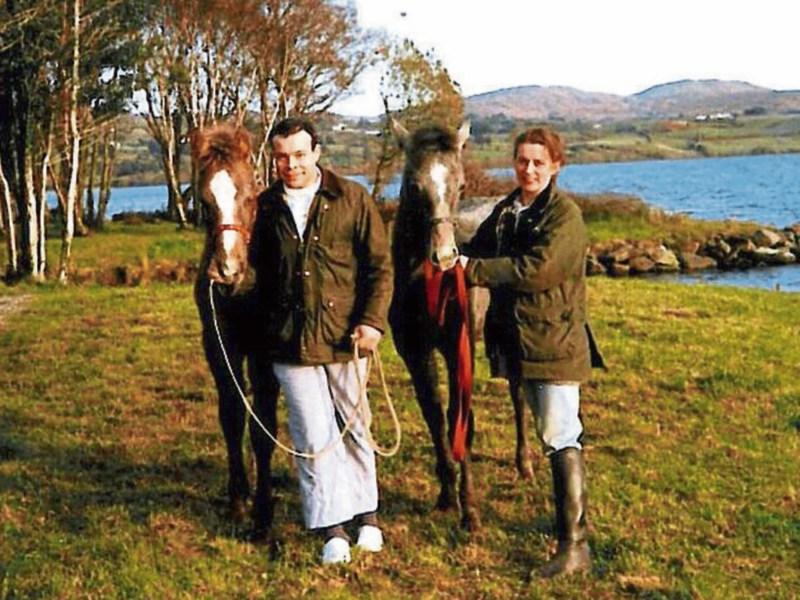 On Saturday night next over 600 people will gather in Dublin’s Regency Hotel to pay tribute to a woman that has spent all her working life promoting everything that is good about Donegal.

The Donegal Person of the Year is the most prestigious social event in the Donegal calender – an event that recognises a person who has made a significant  and vital contribution to the county – an accolade not easily come by.

This year’s recipient Deirdre McGlone of Harvey’s Point was busy supervising some refurbishment in this renowned hotel when she took time out to speak to the Democrat.

“It really is only beginning to sink in now as the weekend approaches and to be honest the whole thing is beginning to overwhelm me.

“When I think of some of the previous recipients – Moya Doherty, Brian Friel, Dr. Joe Mulholland. Jim McGuinness, Daniel O’Donnell to name but a few  – they have all done so much for this county of ours, it puts the whole thing into perspective. It is a truly  humbling experience.”

Like recipients before her, Deirdre has chosen a social cause which has touched many people throughot both county and country – a cause that she very much wants to create a greater awareness in.

She said, “Unfortunately in this fast moving world suicide and self harm is becoming all too prevalent and I want to use this year as away of promoting Pieta House and Darkness into Light. They provide an unbelievable service in not only suicide prevention but also in helping many bereaved families who have been victims of these awful tragedies. There are just so many unanswered questions – “What if?” “If only?” – and if I can do anything to help even one person I will have achieved my goal.

“Pieta House have been very active in this county and it is their ambition to actually establish a centre in Donegal – they can rest assured I will be doing everythging to help them realise their dream.”

Deirdre added, “I think we have all become too dependent on technical gadgets iPhones, iPads, texting, tweeting, whatsapping – this is now our main form of communication. We are quickly losing the art of  conversation and perhaps most importantly the ability to listen, to lend an ear. We are just running around trying to catch up with ouselves and losing all semblance of life balance.

“It has often occurred to me that a simple hello to someone on the street or a random phone call could often have a lifechanging effect – we don’t know what is going on in many people’s minds behind that smiling facade – a simple smile, a quick hello costs nothing but its effect can be invaluable.

“Recently we held a detox weekend here in the hotel with only one requirement – no mobile phones, ipads, facebooks, tweets etc – you wouldn’t belive how successful it was, but perhaps most importantly, people left totally refreshed, their minds uncluttered and devoid of a lot of insignificant information they would otherwise have picked up on social media.

“We all have to give ourselves a break – my escape is taking to the hills for a great walk or indeed all along the many great beaches which are right on our own doorsteps. Wind, rain or snow – it really clears the mind; you come back a totally new person.”

Deirdre McGlone’s love of Donegal is unquestionable – since a young teenager looking after the horses out at a much smaller Harvey’s Point to the host of an hotel that has won numerous awards having been judged best hotel in Ireland on a number of occasions.

The Ballintra woman is passionate about her county and uses the off season to promote Donegal in far off corners around the world with two seperate trips to the blossoming American market planned for the immediate future.

She said, “I am a great believer in the concept of 'Destination First' –  it is not all about Harvey’s Point, we have a superb selection of accommodation providers here in Donegal but I believe that if we can get to Donegal, we can all benefit. It’s very much a case of Donegal first.

“We have to realise that in today’s world we are not competing with the hotel up the road or the hotel down in Kerry –  we are competing with the world. At the touch of a button, we can go on a virtual tour of say the best hotel in Dubai – that’s what competition is today.

“However, what we have in Donegal is simply unique and cannot be replaced or man made –  the rolling hills, the vagaries of the weather, the unique personality that shines in the eyes of our people and again and most importantly the sheer warmth of our people.

“This is what makes Donegal what it is – there are good hotels and guesthouses all over the world, as there is great scenery – but if you want the whole package Donegal is where you’ll find it. The fact that Donegal was perceived as a late developer in tourism may well have proved a great advantage to us – people often complained that 'Tourists never came north of Galway' – the development was slower.  On reflection I can now see that this provided us the opportunity to learn from others mistakes resulting in a truly great product.

“We know have iconic and unspolit treasures like Slieve League, Glenveagh, Ben Bulben and Yeat’s County all on our doorsteps and the Giant’s Causeway less than two hours – as I remind the powers that be, 'The Wild Atlantc Way begins and ends in Donegal' – we are proud to be wild in Donegal!”