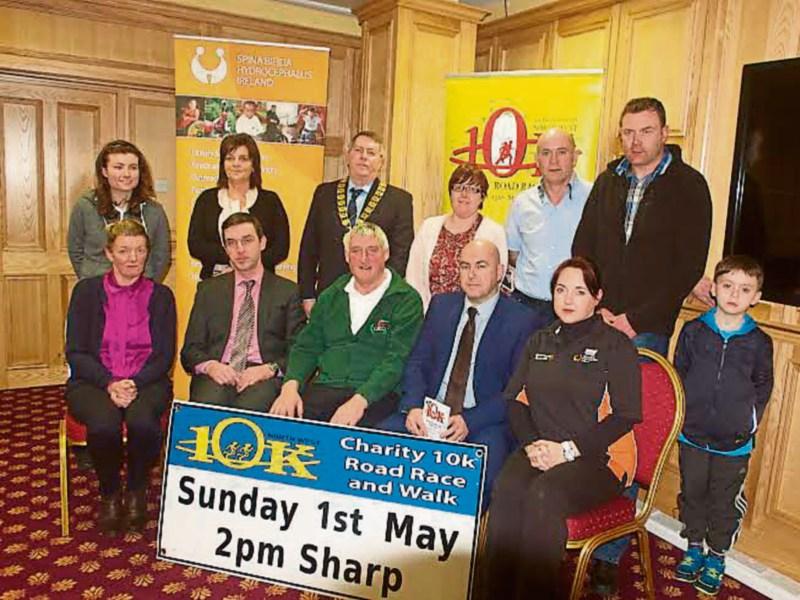 On the 20th anniversary of the North West 10k road race, the organisers are expecting another bumper crowd for the May event.

Details of the charity road race and walk, which takes place on Sunday, May 1st in Letterkenny, were announced on Tuesday night.

There are just over seven weeks left to the race and committee chairman, James Boyle, said there's plenty of time for those who might be thinking about taking part, to get some training done.

He said the organising committee and the two charities will have a busy couple of months up ahead.

“The committee, who have been in existence now for 20 years, organise the race, whereas we leave it up to the charities to collect the money,” he said.

“We will have over 2,000 people taking part and it'll be the biggest race in Donegal this year. So we're hoping for another good turn-out this year.”

The North West 10k has raised over €700,000 for various charities over the years. At Tuesday night's launch, representatives from this year's benefiting groups gave a brief outline of some of the work which they do and how any money raised will help their efforts.

Cllr. Gerry McMonagle, Mayor of Letterkenny Municipal District, also addressed the event and congratulated all involved for their efforts over the years.

The race on Sunday, May 1st starts at 2pm and those taking part are encouraged to pre-enter on-line at www.northwest10l.com.