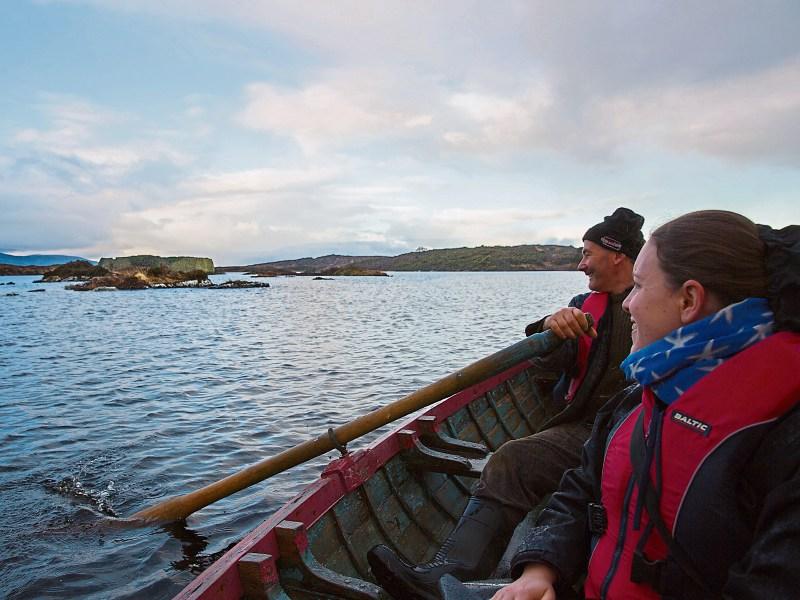 Doon Fort the “jewel in Donegal’s crown” finally given the recognition it deserves.

Donegal’s Doon Fort near Ardara is one of five monuments successful in Ireland’s first-ever Adopt a Monument national competition.

Over 90 community groups around the country applied to adopt a monument through the scheme, which has been organised by the Heritage Council in conjunction with Abarta Heritage to support public access to Ireland’s archaeological monuments

The five successful monuments are:

Doon Fort is spectacularly sited on a small island in the middle of Loughadoon, just outside the picturesque village of Ardara. The site is a large drystone fort, similar to the Grianan of Aileach, and is likely to date to the early medieval period.

The local community wants to avail of the technical expertise offered through the scheme to help record the site, manage the vegetation growth, stabilise the walls and to create safer and more sustainable access to the site for visitors.

Paula Harvey of the Ardara Heritage and History Group said: ‘We are delighted that Doon Fort has been selected on The Heritage Council’s ‘Adopt a Monument’ scheme for 2016.

“By doing so, this ‘jewel in Donegal’s crown’ has been given the recognition it rightfully deserves. Being part of the scheme puts this Western Stone Fort… located along the Wild Atlantic Way, firmly in its cultural context.

Issues with the fort can now be addressed

“It now means that the damage being caused to the monument by an ever-increasing growth of ivy covering the drystone fortification can be addressed. Restoration of the collapse of part of the wall structure is becoming a reality, as is improved access to this hidden inland island fort. My thanks to all of the group who helped with the submission to The Heritage Council. We look forward with enthusiasm to working with Roisin Burke and her team of experts”.

According to Ian Doyle, Head of Conservation at the Heritage Council, “Around every corner in Ireland you can discover an echo of the past. The five monuments selected in the Adopt a Monument scheme demonstrate the rich tapestry of heritage that we live alongside in Ireland”.

Mr. Doyle said: “We know that the public has a great interest in archaeology and, through this scheme, we want to provide opportunities to support public access to the often hidden world of archaeology.

Make sure to visit

“For the five successful monuments, the scheme has the potential to ensure ongoing maintenance and care, greater protection through increased civic value, and much higher standards of interpretation and understanding.

“I want to extend my congratulations to the community groups involved, and to encourage the public to visit the monuments in their region in 2016.”