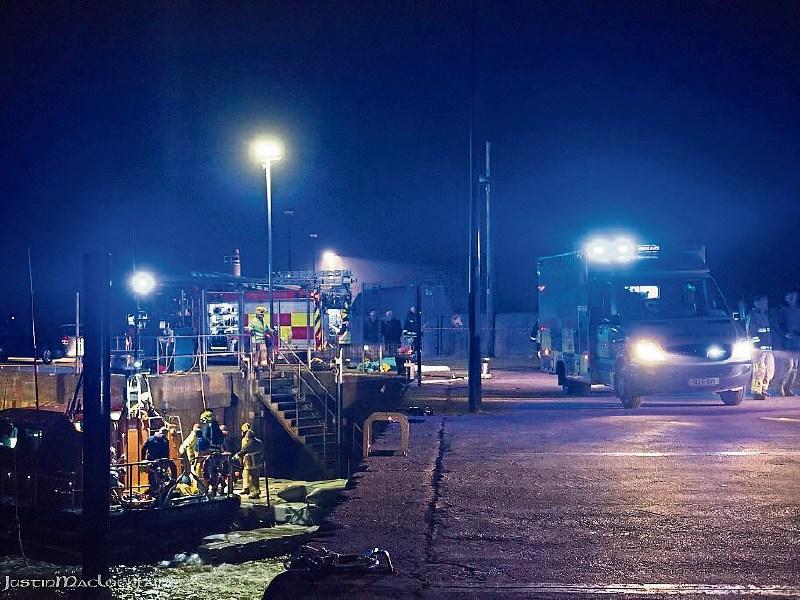 Northern Ireland's Deputy First Minister has said the people of Derry and Donegal are lost for words at the tragedy that unfolded in Buncrana last night.

Martin McGuinness said the communities could only throw their arms around the family who has lost five members.

Mr McGrotty’s partner and the dead boys’ mother, Louise,was out of the country at the weekend.

Speaking at the scene of the tragedy this lunchtime, Mr McGuinness paid tribute to the rescue services and the man from Kerrykeel who saved the four-month old baby girl Rioghnach.

At a press conference at the pier in Buncrana Superintendent Colm Nevin said the baby is doing well.

Mr McGuinness visited the mother of the child this morning and said the child is expected to be released from Letterkenny University hospital today.

Five people died last night in Buncrana when a jeep went into Lough Swilly at Buncrana jetty shortly after 7pm.

The jeep, registered in Northern Ireland, appears to have slipped off the jetty and there is local speculation that algae on the slipway may have caused the tragedy.

Gardaí are appealing for witnesses and anyone with information is asked to contact Buncrana Garda Station on 074 9320540, The Garda Confidential Line, 1800 666111 or any Garda Station.

Pictures: Martin McGuinness, pictured at the scene a short time ago and the scene last night as the rescue was ongoing.