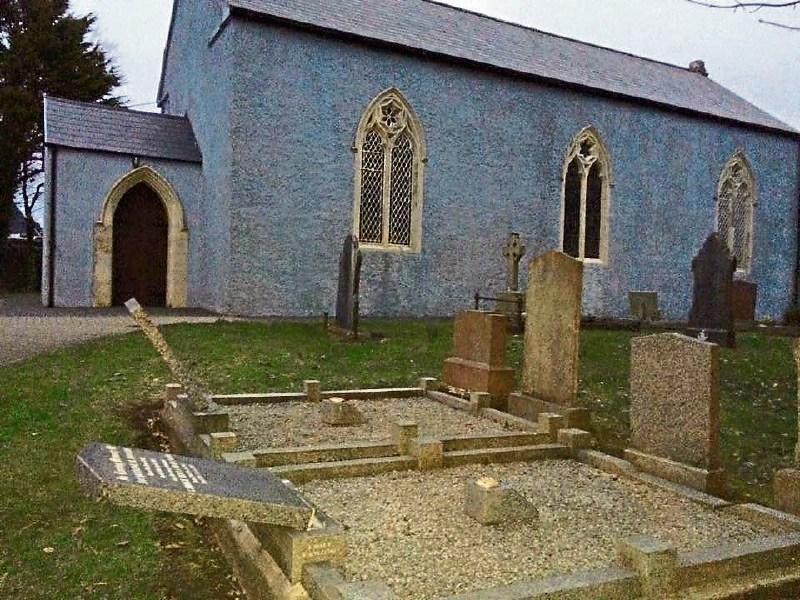 A Church of Ireland Minister has said he and his parishioners prayed yesterday for those who damaged headstones at St Paul's Church graveyard.

A garda spokesperson told the DD/DPP yesterday that they are following a definite line of enquiry “following an incident of criminal damage at the graveyard in Raymunterdoney (Ray) in the early hours of Saturday morning”.

Yesterday, Rev David MacDonnell, Rector of Holy Trinity Dunfanaghy, of which St Paul's is a part, said he and his parishioners “are thankful for the overwhelming show of support from the local community following vandalism in our churchyard”.

He was satisfied, he added, that “this was an isolated and random incident”.

He continued, “We are thankful to the Gardaí for their sensitive and kind handling of the situation.

“While it is very upsetting, especially for the families affected, we fully forgive those who caused the damage.

“God's love knows no bounds and with hearts filled with love we prayed for them at our Service this morning (Sunday) and we keep them in our prayers, that whatever is amiss in their lives may be healed.”

Local man John Curran said he was saddened by the damage at “such a beautiful little church in such a very peaceful place”. He added, “It truly was a shameful small-minded act. Everyone has family at rest and we would all like it to be peaceful.”

Bryan Hanlon commented, “The last thing I expected to see on Facebook was pictures of my parents' and grandparents' graves” but said he was relieved that the motive did not appear to be sectarian.

Cllr Gerry McMonagle called the incident “a disgrace and an affront to decency, respect and tolerance.”