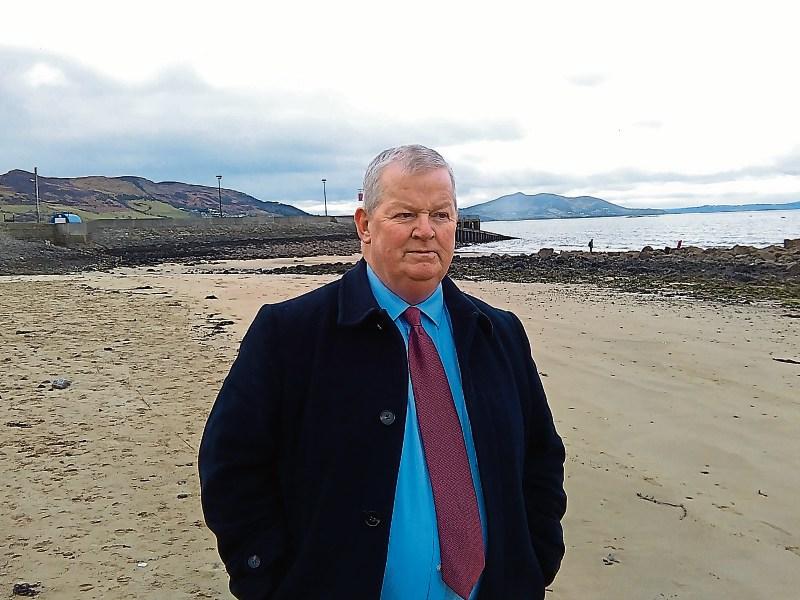 Francis Crawford (pictured), who lives close to Buncrana pier, had been enjoying the last of the sunshine of the beautiful spring day when the tragedy that claimed five lives unfolded in front of him.

Our reporter Declan Magee, who is in Buncrana, spoke with him today.

Mr Crawford was in his car on the pier with his wife when he saw the black Audi Q7 SUV and noticed it was slightly off the concrete off the pier and on the slipway.

He initially thought it might have been “young boys fooling”.

“I said to my wife, ‘If those boys don’t get back on they won’t be able to grip the concrete’.”

He asked the driver was he okay? The reply came: “Phone the coastguard”. Mr Crawford said there was such a panic and urgency that he initially dialled four nines instead of 999.

Having phoned the coastguard he met a man on the pier and asked him could he swim. “He stripped off to his underpants and away he went at great risk to himself. His partner shouted after him. ‘Watch yourself’, and he replied ‘I know, I know, I know’.”

The car was about 30 metres off the pier and when the bystander reached the car the baby girl was passed out to him.

“He said he was trying to get a wee boy as well but the wee boy’s foot seemed to be jammed. For that poor man to have eyeballed everyone in the car. It’s sore enough for me talking to them and listening to them, but for him to see them all.”

The man was cut and exhausted from being in the water and was treated in hospital. Mr Crawford said the man was so exhausted after coming back from the car it seemed like he could not have swam another five yards. If he had not have stripped to his underwear the rescuer may not have survived, he said.

The baby was handed to Mr. Crawford’s wife with its head still dry.

“The anxiety that was in the car was unbearable,” Mr. Crawford said. “I was watching the car and I knew everybody was on their way and I was hoping and hoping. “I was shouting to your man (the driver) telling him everybody was on their 2way. The car was bobbing and then I noticed the nose of the car going down a wee bit and then all of a sudden it just dived to the bottom and there was silence. It was traumatic and heart rendering in the car,” he said.

When the child was saved Mr Crawford thought it was a good sign that maybe the other occupants would survive. “But the car kept getting lower in the water and you could hear the children when the water was coming in around their feet. Nothing could be done. “Everyone did excellent and everyone that could be here was here.”

He said he has been badly affected by having witnessed the incident.

“It was a desperate situation. You are in touch with them until it sunk and then nothing. And then you watch them going up the pier. I was the last man talking to them. They all came to Buncrana for the afternoon and they all left in hearses from the pier.”