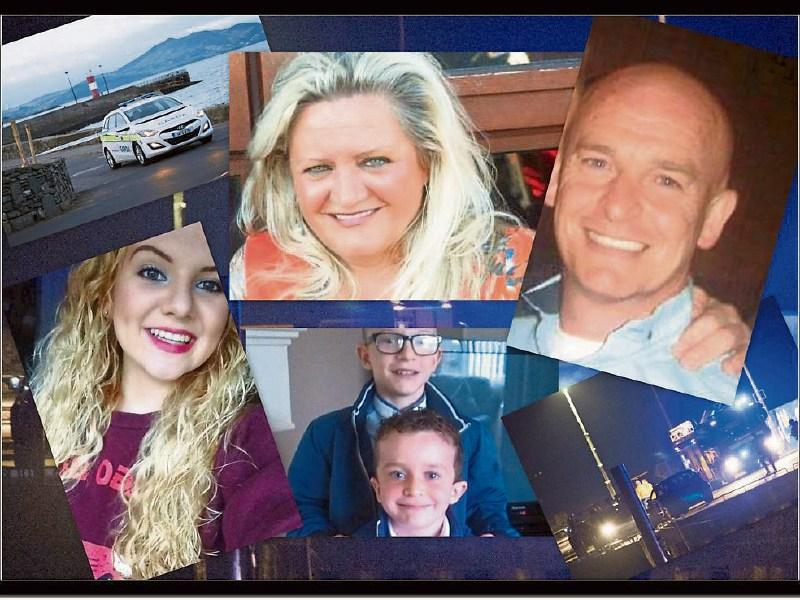 Donegal County Council has said it will undertake a review of the safety measures at Buncrana pier after the facts of Sunday’s tragic events have been established.

The slipway at the pier has been used by the Lough Swilly ferry service during the summer months.

Locals at the scene on Monday said the bottom of the slip where there is thick green algae is known to become extremely slippery, especially in the winter.

At least one vehicle which was launching a boat is known to have got into difficulty on the slip in recent years.

It is understood a gate on the top of the slip had been kept closed in the past and locals who used the slip to launch vessels had keys, but this is no longer the case and the gate is left open.

Davitt Walsh, who saved four-month-old baby Rionaghac-Ann McGrotty by swimming out to the car, called for a review of safety measures. Speaking to the Irish Times, he said: “I really do think that something needs to be done. That algae is just lethal,” he said.

“We slipped on it as we went down. It’s grand for locals as they know the dangers posed by the slipway and how dangerous it can be. But visitors are simply not aware of this.

“All that needs to be erected there is a barrier which can easily be opened and closed to prevent cars going down it.

“The slipway is like a skating rink because of all that algae and those poor people didn’t stand a chance because they didn’t know the area,” he said.

Speaking at the pier on Monday, Lough Swilly RNLI station manager John McCarter said algae is an ongoing issue with anyone who uses slipways and launches boats. “The slipway has been used for launching pleasure boats in the past. We have seen rigs go into water and that. Fortunately it has never involved people. I think this is the just the nature of the interface between the sea and the land,” he said.

“The county council have their way of looking at and managing their assets. This slipway is not used very much during the winter months. It does facilitate the ferry operations in the summer months. All slips that are exposed to tide and exposed to the air do get slippery.”

The council said in a statement issued on Tuesday: “We at Donegal County Council offer our sincere condolences to the family and friends of those who lost their lives in the tragic accident at Buncrana Pier on Sunday evening. Our thoughts and prayers are with the Daniels and McGrotty families at this very sad time. Once the facts surrounding this unfortunate tragedy are established, the Council will review them and determine if any specific measures need to be taken.

Until these facts are established Donegal County Council will not be in a position to offer further comment on this incident.”