Pearse family connections with Ballyshannon and a missing street Name 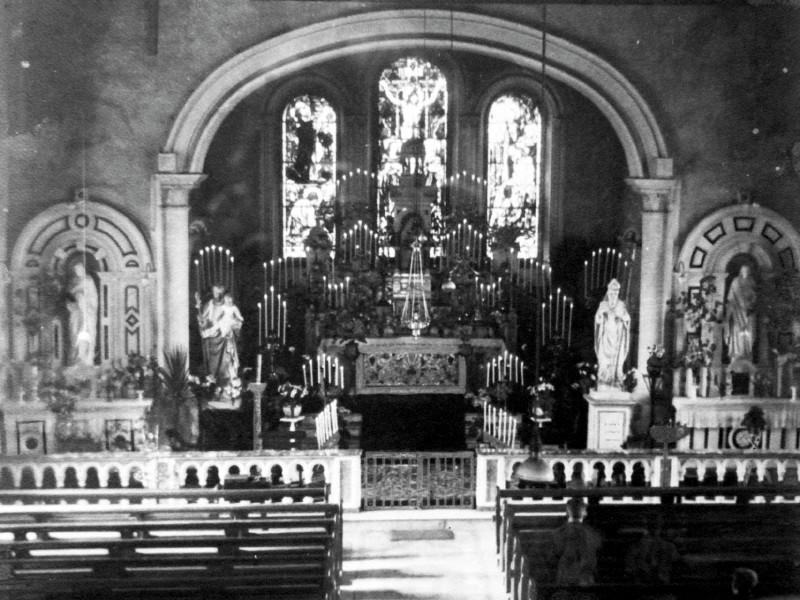 In 1909 extensive refurbishment and additions were carried out at St. Joseph’s Church in Ballyshannon. New additions included a sanctuary, side chapels, nun’s choir, sacristies and also a baptistery.

A high altar in rich coloured marbles was erected by Messrs. Pearse & Sons of Great Brunswick Street Dublin. The marble communion railing was also the work of Messrs. Pearse.

The stained glass windows were designed by Clarke & Sons, North Frederick Street Dublin and Harry Clarke of this family became the most renowned artist in stained glass in Ireland. The work at St. Joseph’s Church was carried out by his father and the stained glass windows can still be seen behind the altar. Unfortunately the Pearse altar was replaced some years ago and its current whereabouts are unclear.

Another memory of 1916 has also disappeared. Despite enquiries with a number of senior citizens, who have a good grasp of local history, no trace or memory can be found of Pearse Street in the town.

The street was named in honour of Patrick Pearse. The mystery may be, somewhat, solved as it is clear from documentation that when the current houses were being constructed at Bachelor’s Walk, on the Donegal Road, in 1942, the first phase of six houses was referred to as the Pearse Street Housing Scheme and the adjacent Horse Market was also said to be part of Pearse Street. The 14 new houses which began construction in 1942 replaced earlier houses on Bachelor’s Walk which were a bit further back from the main road. A well-known local personality, Paddy “Go Aisy” Slevin, lived in his earlier days in Pearse Street.