Mother fears car will kill someone in her garden

The McGinley family from Fanad want a crash barrier erected at a bend at their home after a number of vehicles have left the road and landed in their garden. Mother of four Moira fears someone will die on their front lawn before long. 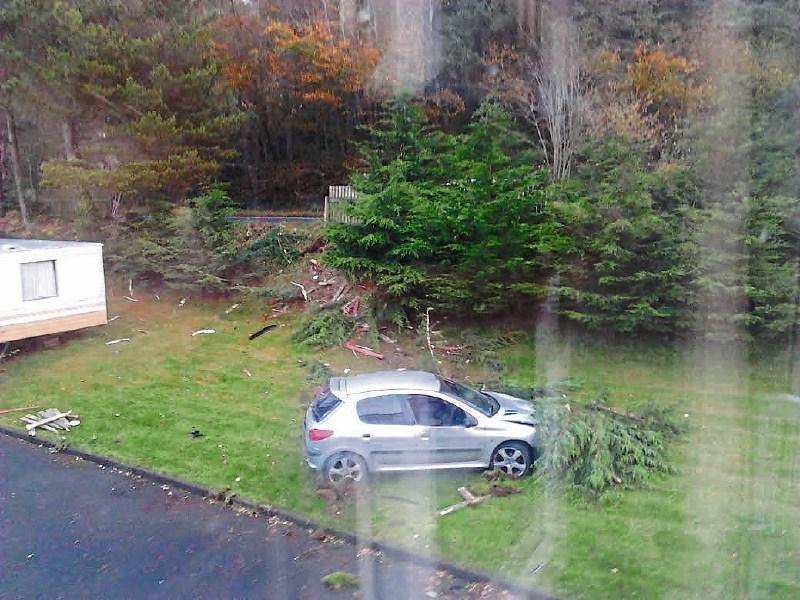 A mother of four says she fears someone will die on her front lawn if a crash barrier is not erected to prevent cars crashing into the family’s garden.

Moira McGinley is calling on Donegal County Council to place a crash barrier on a bend at her home at Hawk’s Nest between Kerrykeel and Milford.

Three vehicles have left the road and crashed through a covering of trees into the garden in recent years while the family have lived there.

The last incident was in November when a car landed just feet from a bedroom where children sleep.

Moira and her husband Patrick say only the trees on the boundary of their property have stopped cars from striking their home.

The family are calling for a crash barrier to be installed.

The council says it has inspected the site and has recommended surface dressing work be done.

But the McGinleys say they don’t feel this will be adequate.

Traffic approach the house along a long straight stretch of road from Kerrykeel before arriving at a bend.

Patrick said it is the council’s responsibility to stop traffic from leaving the road and coming into the family’s garden.

Moira says she can’t let her four daughters, aged 4 to 16, go round to that side of the house.

She also can’t invite other children over because of the fear of another accident.

“It is dreadful for the children to see cars on the lawn like that ,” she said.

“It has caused them stress because we are all wondering when is the next time is will happen. I believe someone is going to be dead on the lawn before long.”

The family say a school bus won’t stop on the stretch of road in the morning because it is too dangerous and one of their daughters has to be driven to catch the bus.

One of the  cars snapped a telegraph pole and took three trees when it careered off the road.

“My responsibility is for the children,” Moira said. “And the children's’ lives  are at risk.”

The last incident in November was very traumatic for the family, she said. “It was like an explosion. We told the children not to look out because didn't know what we were going to  see. Only the trees stopped the car and if the car had hit the biggest tree the driver would have been killed.”

He has asked the council to investigate why vehicles have left the road on the corner and requested roads engineers to come up with a solution to the problem.

”A number of cars have come off at the corner in recent years and I have asked the council to come out and assess it for either signage, a crash barrier or a high grip surface,” he said.

He raised the issue at the January meeting of the Letterkenny Municipal District but says he has had no word back from the council on the issue since he had a motion passed calling for action to be taken. “I would ask them to come out again and look at it,” he said.