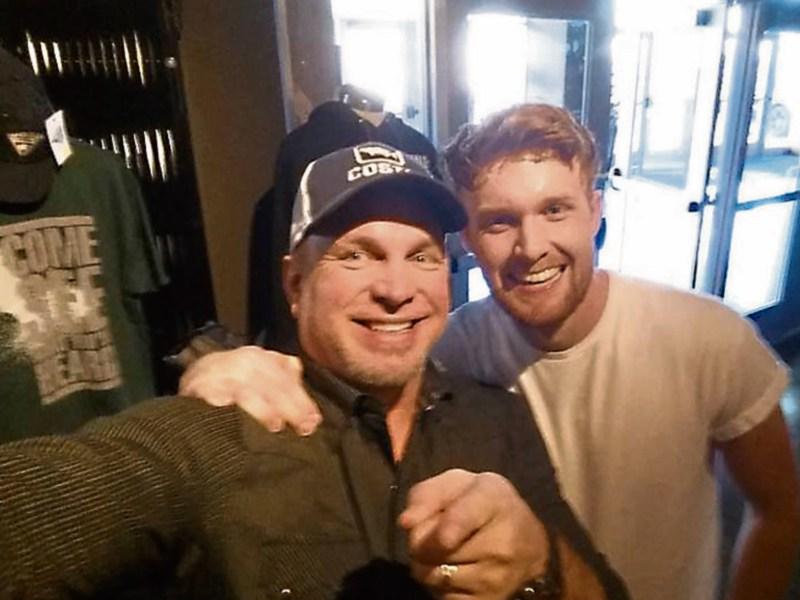 Dreams have certainly come true for one Donegal musician this week in Nashville when he met up a man that is no stranger to Ireland – Garth Brooks.

Ballintra’s Diarmaid McGee is currently on holidays in Nashville and using the opportunity not only to visit some of the world’s top country venues, but also play in them. Diarmaid, a graduate in Business and Marketing  is a well known singer songwriter and has been a regular in the Surfer’s bar in Rossnowlagh since he was a teenager. He is the lead singer with the Dublin based band the Bentley Boys.

On Tuesday night when he was guesting in the famous Bluebird Cafe Garth Brooks and some of his friends dropped in and the two got talking.

Diarmaid said, “I just couldn’t believe it, I was over the moon. I had met him previously in Ireland and I couldn’t believe it that he had remembered. I told him that I had tickets for every one of his (postponed) concerts in Dublin and he just threw his arms around me saying, “Man, I really am sorry – next time!”

Diarmaid continued, “He then asked me had I my phone with me and proceeded to do the selfies. I can tell you it has been the highlight of what has been a great trip to date.”

The Ballintra man will be back in Ireland soon – keep your eye out for him-he’s worth listening to.