There are events to commemorate the 1916 centenary throughout the year 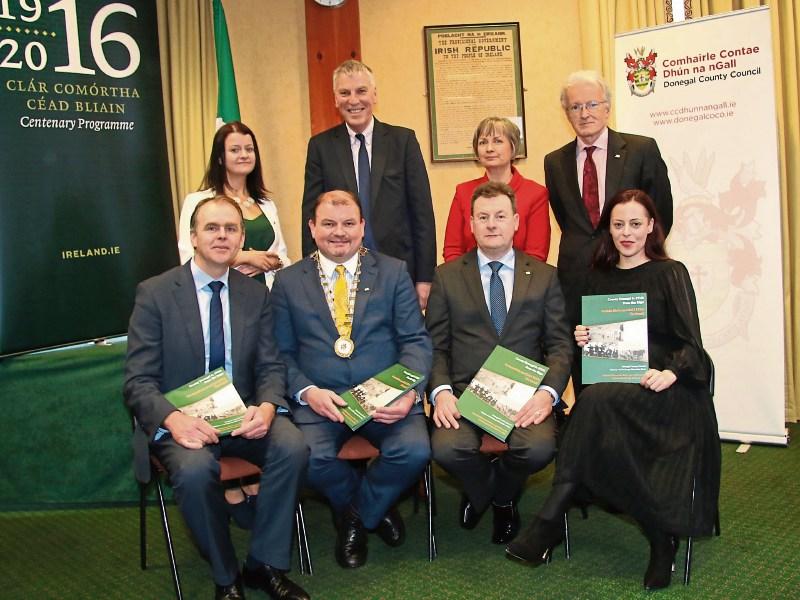 Communities across Donegal and across the country marked the centenary of the 1916 Easter Rising this past weekend with parades and other events.

Commemorative events are taking place throughout the year in the Donegal 2016 programme, supported by Donegal County Council, which reflect on achievements over the past 100 years and also look toward the future.

Here is a sampling of events in the coming weeks.

The Inishowen Traditional Music Project, in association with Ceol na Cille in Letterkenny, will discuss and perform the traditional, military and popular Irish songs of the day.

In May, Donegal County Museum, in conjunction with Dark Daughter productions, presents, “The Forgotten Women of 1916”, a drama production exploring the role of women in 1916.

On July 23rd and 24th, commemoration events on Gola Island will include a historical walk and a lecture on the Asgard trip.

On May 17th, family history experts from Findmypast and Eneclann will be at the Central Library in Letterkenny to help people trace their ancestors.

From May 18th-20th, a 1916 Diaspora conference in Letterkenny will address a range of issues relevant to the 1916 period and its legacy.

The full programme for Donegal 2016 is available at the Donegal County Council website, www.donegalcoco.ie.