Donegal strikes it big on the Nashville music scene 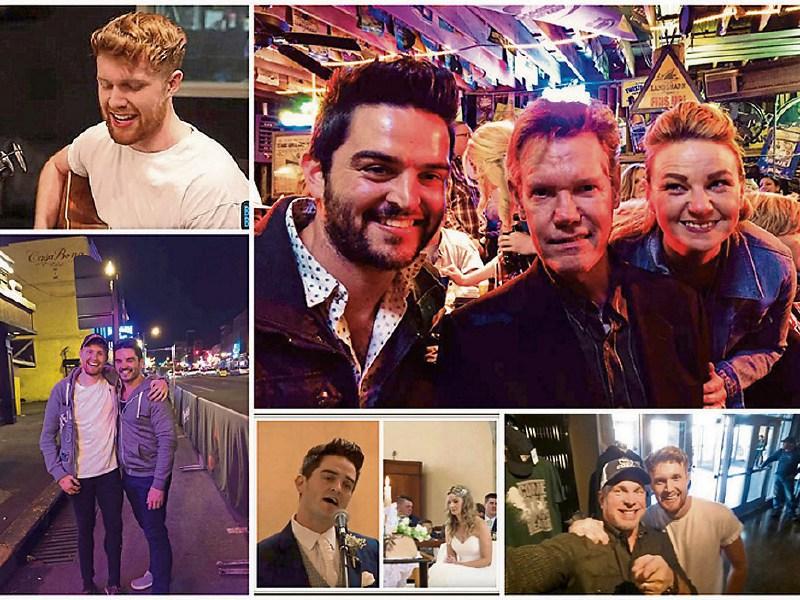 In the last number of weeks a whole new breed of singers from Donegal have started to make headlines  – not just at home but also on the international front.

Ballintra’s Diarmaid McGee whose inspiration was a small guitar given to him by Santa as a child has hit the high spots all over the US after bumping into Garth Brooks and then guesting on the Bobby Bones Show.

This appearance where he sang  “Wrecking Ball” just blew everybody away, so much show that it went viral on YouTube attracting over a quarter a million views. Diarmaid has been back on the show just yesterday,  and appeared on the Today Show on RTE last week. There is no doubt that Diarmaid is destined for much greater things, but he hasn’t forgotten his roots and will be doing a fundraiser for the Rock Hospital when he gets back in Dicey Reilly’s on May 29.

Meanwhile enter another Donegal man on to the scene. Mountcharles man Deane James,  a well known singer songwriter on the Irish and UK circuit also just happened to be in the Memphis and Nashville areas and as that Irish luck would have it started bumping into some household names.

Dean first attracted national attention when he put every groom in the country to shame by singing Beyonce’s “Ave Maria” to his wife Maria in the church after the communion. Another Donegal video that went viral, attracting over 100k views on YouTube.

Speaking to the Democrat on Monday last ​Deane said, “It was an amazing trip. Like Diarmaid I also work with the Bentley Boys and when in Nashville we both bumped into each other. He may have got Garth Brooks but I went for one of the real legends – Randy Travis,” he joked.

“​We did the whole Elvis thing in Graceland as well – I couldn’t believe it. I was having breakfast in the Heartbreak Hotel when I heard this familliar voice saying, 'Hope they’re good Donegal sausages'. It was a friend from Donegal Town about three tables down.”

No doubt we’re going to be seeing much more of these two Donegal lads who not only have loads of talent and personalit, but also the knack of being in the right place at the right time.