Cycle Against Suicide returns to Donegal 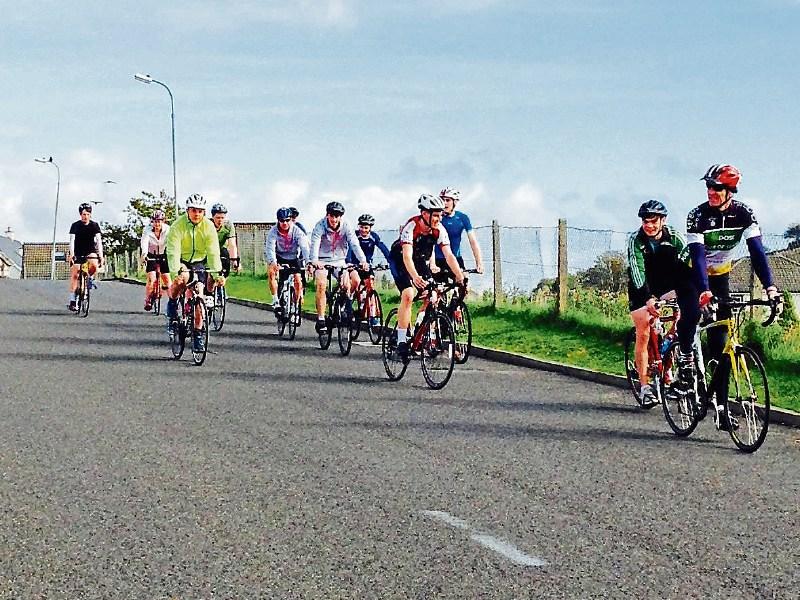 Cycle Against Suicide is a charity circuit of Ireland which takes place from April 24 to May 7 to combat suicide and promote better mental health.

Hundreds of cyclists will take part for anything from one day to the entire circuit. They will be accompanied by a host of support crew and other volunteers.

This year's race, the 4th annual event, will visit Donegal on Days 4-7. On Day 4, Wednesday, April 27, the cyclists will arrive in Stranorlar, after pedalling from Omagh via Cookstown. The next day, they'll travel to Glenties where they will stop at lunchtime, then depart for Donegal Town. On Day 6, Friday, April 29, the cavalcade will depart for Bundoran, where they will stop at lunchtime and then move on to Sligo.

On May 7, 2014, safety marshall Brenawn O'Connell (69) was killed in a collision at McGrory's Brae, as the race was leaving Donegal Town. Three months later, in July, The Cycle Against Suicide revisited the town to hold a memorial cycle and a memorial service at Abbey Vocational School attended by the O' Connell family, cyclists and the local community.

There are no plans for a memorial service during this year's cycle, which will not pass the scene of the tragic accident.

Abbey Vocational School has again been named as an Anchor School for this year's event, along with St Columba’s College in Stranorlar, St Columba’s Comprehensive School in Glenties and Magh Ene College in Bundoran.

Each Anchor School is organising a range of events to promote better mental health for students and in the community.

At AVS for example, principal Geraldine Diver told the Democrat, there will be presentations, videos, music, celebrity speakers and an exhibition of local mental health services.

“Our school is delighted to host this important event and welcome the cyclists to Donegal town. The impact of this type of activity is powerful and far reaching, not just in our schools, but also in the community at large. It gets the conversation around mental health going, and highlights the support services that are available to those who need them. It also promotes positive wellbeing and the importance of positive mental health in young people”

“Promoting positive mental health practices in our school, and the community, is important to The Abbey Vocational School. By becoming an Anchor School, and partnering with Cycle Against Suicide, we can continue to raise awareness of the issues around mental health. It is about encouraging people to know that it’s absolutely okay to ask for help.”

There are a number of ways in which you can support this important initiative, including cycling or volunteering on some other way, making a donation, or hosting a cyclist in your area for a night. The organisers are looking for hosts in the Twin Towns and Doengal Town areas, so please do contact them if you can help.