AN AUNTIE ROSIE - DID YOU HAVE ONE? 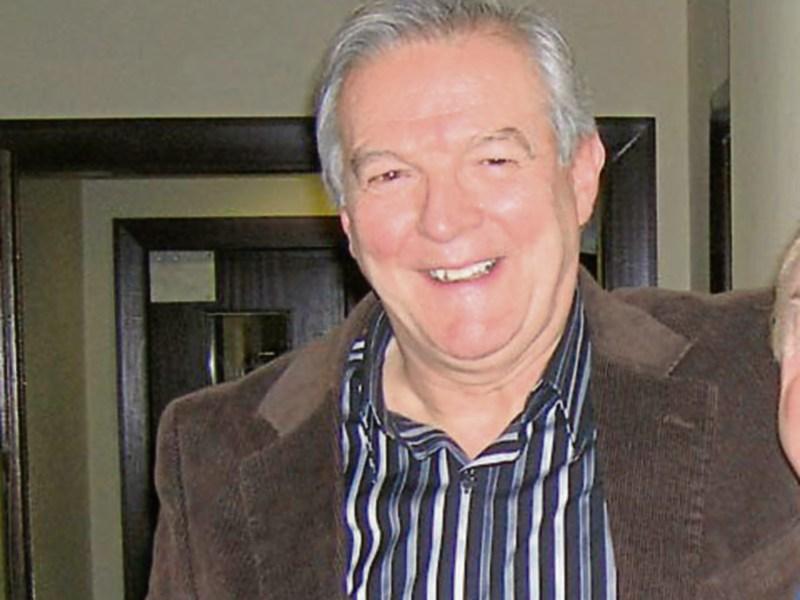 xDid you ever have one of those moments sitting alone at home and memories of a deceased relative somehow comes to mind.

My Auntie Rosie died in January 2001, in her 72nd year at Donegal Hospital. She never made any news headlines, was not known outside of her home town of Donegal.

She never married or had children of her own. The youngest of her own siblings, she was left to look after her aged mother, my grandmother Catherine Griffith, who in 1918 was one of the first State Registered Nurses at the then Donegal District Hospital.

When my grandmother died in the late 1960’s, Rosie lived alone in an old four storey house in the town’s Bridge Street.

She never married or had children of her own ,but at times a surrogate mother to her many nephews and nieces.

She ruled the lot of us with an ‘iron fist’ and a generous heart.

If any of us needed ten pence to go to the cinema or in later years, a half crown to go to a dance she would say: “Right you can have it, but I want it back next week”, which of course she never did receive the many ’loans’ to be repaid.

She bombarded us with holy medals, Holy Water, Blessed red flannel (which I could never understand what purpose it served).

Each Sunday evening Mass for years she sat in the back pew of St Patrick’s, holding court over all she surveyed. Particularly her nephews and nieces, if they were to make an appearance.

Her first words each Monday evening: “Were you at Mass yesterday?” “Aw indeed I was,” came the lying reply, which she could see through right away. “Who said Mass?” “Er Ah, don’t know, couldn’t see, the pillars were in my way.“

In 1990 six of us from Donegal , five of one religious persuasion and one of another, cycled from Paris to Nice over six days. Rosie presented us all with religious medals, prayer sheets to St Anthony and little bottles of Holy water to keep us safe on our journeys. Just before Christmas 2000 she was in rapidly failing health and on a frosty Sunday evening she collapsed at home and unable to open her front door for assistance.

By chance I came to visit and heard her calling from inside the door. I had to break in through a back window via the overgrown backyard and called an ambulance.

I’m sure many of you readers had an ’Auntie Rosie’, all who rightfully deserved their special place in ‘Heaven. I know my Auntie Rosie does!

Who do you think you are?

As reported in the International news media ,over the Easter period the hospitals of Jerusalem were on high alert for religious hysteria and choc a bloc busy with new cases of what is known as the ‘Jerusalem Syndrome’.

Apparently this has been happening at Easter for the past two hundred years.

This well documented phenomenon in which foreign visitors suffer psychotic delusions that they are figures from the Bible or harbingers of the ‘End of Days’.

Examples include an Irish schoolteacher who arrived at a Jerusalem hospital convinced she was about to give birth when in fact she was not even pregnant.

A Canadian tourist who believed he was the biblical Samson and tried to tear stone blocks out of the ‘Wailing Wall’.

Apparently 50 cases a year are recorded, the majority hospitalised had suffered mental problems in their own countries.

And apparently some Japanese visitors to Paris go manic when they realise this city idealised as the most romantic on earth is full of rubbish, traffic and overcrowding.

Come to think of it, when we were kids, after a ‘Cowboy movie’, we all thought we were the ’Lone Ranger’ riding imaginary horses down Main Street.